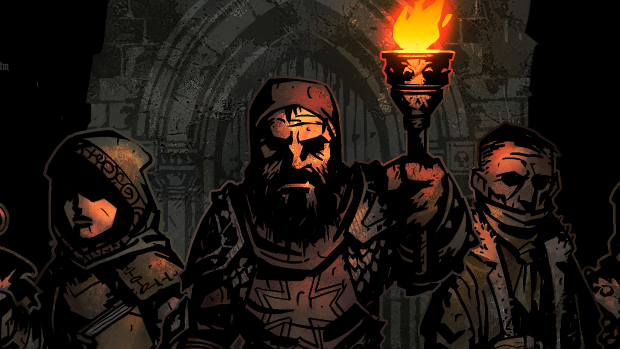 But seriously, this looks pretty cool

I will admit: I very nearly skipped over looking into this game after seeing its unappealingly generic title. However, I urge you to not do the same. Darkest Dungeon intends to look at the idea of dungeon crawling from a more human perspective than most other games do. Rather than controlling an unwavering hero through a loot fest on the way to assured victory, Darkest Dungeon explores themes of fear, stress, and anxiety, all of which would be thick if any of us were ever to actually explore a dungeon full of inhuman terrors.

Character death is permanent in this sidescrolling role-playing game, so managing the party is meant to be akin to something like XCOM. Death is often unavoidable, but new party members may be recruited after others pass on.

Darkest Dungeon is being developed for Windows, Mac, and Linux. The developer has tentative plans for a Kickstarter campaign in the future.