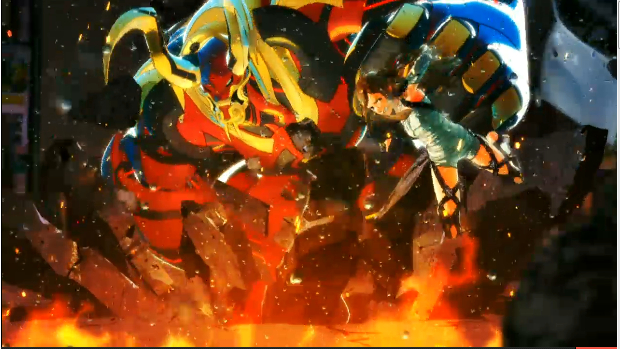 Killer is Dead‘s Suda51 took the stage at Sony’s press conference in Japan to announce a new PS4 game, Lily Bergamo. It’s apparently an action game — “extreme action” and “supreme action” — but little was shown outside of a teaser.

This is apparently the first game “capitalizing on the strength of two entities,” the GungHo acquisition of Grasshopper. Wanting to utilize smart phones and online play were discussed, so maybe that’s where GungHo comes in.

Kousaka Yousuke did the artwork. What little we’ve seen of it so far is gorgeous.

Lily Bergamo is coming in 2014. More information will come at the Tokyo Game Show.