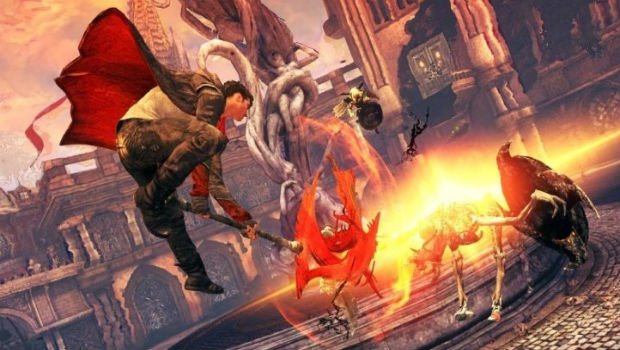 One of my favorite parts of getting a fresh new Devil May Cry game is working my way up to Dante Must Die mode (read: Very Hard) and beyond. There’s something about the Devil May Cry series and its harder difficulty modes that always spoke to me — much more than say, God of War‘s God Mode or other many action games at least.

Understandably, it was always a concern of mine in regards to how Ninja Theory would handle the franchise’s legacy of difficulty settings, and now we have a little more information that should ease your mind a bit. After Easy, Normal, and Hard, the following four modes will be unlocked:

Dante Must Die – As above, but contains the strongest enemies and insane attack waves.

Heaven or Hell – Another remixed mode, but everyone and everything, including Dante, dies after one hit. Supremely satisfying!

Hell and Hell – The same as above, but only Dante dies after one hit. For serious contenders.

Even if DmC: Devil May Cry doesn’t live up to the series’ pedigree of difficulty by default, Hell or Hell will most likely scratch that itch for me at the very least. It’ll still take a lot to top the standard, non-special edition of DMC 3, which started off on hard mode as a default, but I’m still excited nonetheless.