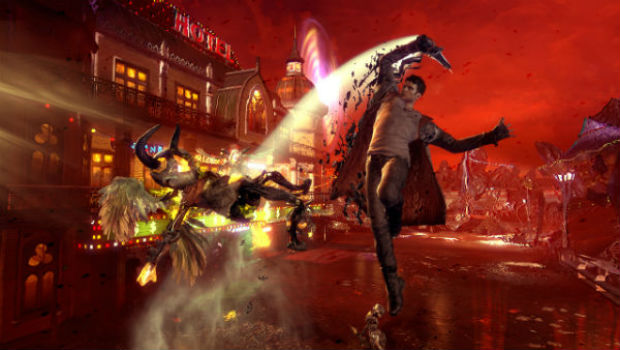 Ninja Theory’s action skills will be put to the test

It appears that Capcom is going to either quell or spread the fan outcry once and for all, as they’re planning on releasing a demo for their upcoming polarizing Devil May Cry reboot/not a reboot in the near future.

The demo is coming to consoles for sure, but the PC is still up in the air. A playable Vergil is also up in the air it seems, as Capcom told Joystiq yesterday that he “will not be on the disc.” Devil May DLC?

We’re also getting a bit more insight into the game itself thanks to Joystiq, most notably the fact that the PC version will run at 60 FPS (yes!), Mundus will make an appearance, and a few “novelty modes” will be unlocked after beating the game (will the Bloody Palace return?).

As a Devil May Cry fan since the very first day of the original’s release, I’m hoping this turns out well. I don’t really have faith in Ninja Theory to craft a technical action system worthy of the franchise, and the 30 FPS limitation on consoles is scary, but we’ll all be able to see it in action pretty soon to make a solid judgement, so let’s sit tight.