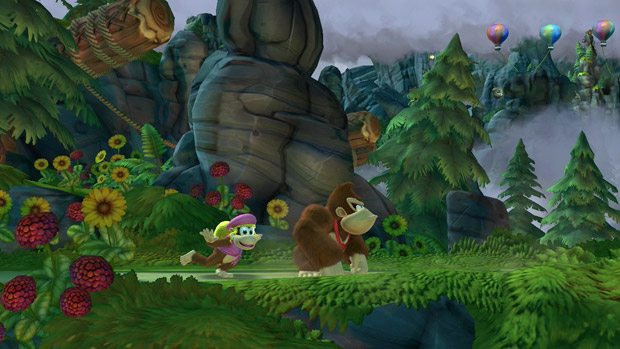 Thank eff they didn’t go with Kiddy Kong instead

My gut reaction to Donkey Kong Country: Tropical Freeze — and I say this is a huge fan of the franchise (I even liked and still like DK64!) — was that of ever so slight disappointment. Which just goes to show where expectations are at, because the game itself will almost certainly be terrific but some of us still view it as time Retro Studios could be spending elsewhere.

I’m only really saying this in an attempt to get it out of my system; to move on. Okay, I’m good. It does help that the focus of this new trailer is Dixie Kong. It’s been far too long since we’ve gotten to do the ol’ helicopter hair spin. That and the David Wise soundtrack are putting me in a good place, mentally. I’ll be ready for this in time for the February 2014 launch.