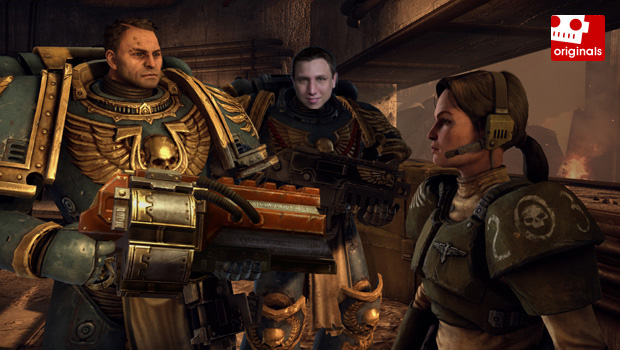 [In Divnich Divines, EEDAR Vice President and videogame analyst Jesse Divnich traverses the bogs of sales data, hype, and good old fashioned game geekery to give you his two cents on hot topics in the game industry]

It seems to be a dilemma as old as the modern entertainment industry itself. Sequels to successful titles sell, but people get tired of them. Everyone wants new IPs to succeed and provide diversity to the gaming landscape, but when someone actually tries to do so the reward can range from success to utter failure at retail.

Meanwhile developers, publishers, and gamers alike lament the state of an innately creative industry where creative innovation is more often than not punished by consumers. But what does it actually take for a new IP to succeed?

Setting aside our personal preferences for a moment, let’s take a look at the business side of things for a change. Analyst Jesse Divnich pitched in on a seemingly eternally relevant question: What does it take for an original IP to succeed at retail?

Divnich: “There are literally thousands of factors that determine whether an original IP will fail or succeed at retail, but the majority of factors can be broken down into four categories.

1.  How many consumers will be interested and capable of purchasing my game (Market Potential)?
2.  Will consumers enjoy it (Quality)?
3.  How will you tell your consumers you exist (Marketing)?
4.  What are my competitors doing (Competition)?

“The better you position yourself within those categories, the higher the likelihood you will succeed. However, one doesn’t necessarily need to exceed expectations in each category to realize market success; neither does focusing only on one category lead to success. It is always a careful balancing act, since trying to exceed in all categories comes at a high cost, but we can look at a few examples to see how these four factors play a role in a game’s success.”

“Let’s first start with Rise of Nightmares, a Kinect required game. Currently, there are about 6 million active Kinect consumers in the market (note: there is a difference between a total install base and those actively purchasing titles on said platform). Of these 6 million active consumers, likely only 50% would be interested in a Mature rated Kinect game, bringing the total market potential to about 3 million units. This means that even if Rise of Nightmares would end up being the best Kinect game ever, had an extravagant marketing campaign and faced no competition, the total potential for sales is 3 million units. When you do take into account the game’s quality, marketing, and competitive factors, you end up with sales expectations well under 1 million units.

“Homefront is another great example. While many considered Homefront to be an “average” modern shooter, a lot of people were surprised that it has sold over 3 million units to date, but on paper it completely makes senses. We know that Call of Duty sells nearly 30 million units per release, making the market potential 30 million consumers. Once you discount Homefront for its review score and marketing (relative to the market leader Call of Duty), it isn’t a far stretch to assume Homefront would produce 3 million units.

“Lastly, one extreme example is Demon’s Souls which had virtually no marketing, was a new original IP, launched in the holiday season where competition is at its highest, but achieved one of the highest reviews scores of a PS3 title. Total sales to date are roughly 800k in the Western markets, but again, on paper it makes sense. Upon its release the total active PS3 install base was only 20 million consumers, of which only 4 million would be interested in an RPG game. Once you discount the lack of marketing, the fierce competition and a slight discount because it wasn’t a “perfect” RPG, 800k in sales begins to make sense.”

“One large factor I’ve neglected to talk about is how original IPs (whether new or existing) become successful in the first place. It all has to do with being the first to excel at taking advantage of a new technology or software feature. Every new hardware launch (or major software update) opens up new features to developers and if we look back the last 15 years, we see a pattern where the top brands of today where the first to exploit those new features successfully.

“Why did the Call of Duty series catapult in sales between Call of Duty 3 and Call of Duty 4: Modern Warfare? Because it was one of the first titles to take advantage of the new Xbox Live and PSN multiplayer features. Halo, the first great shooter game to bring first-person shooters to the consoles; Wii Fit, the first fitness game to take advantage of a new technology (Wii Balance Board); Guitar Hero, plastic guitar peripherals; Grand Theft Auto 3, first great 3D sand-box game; Just Dance, the first to incorporate licensed music into a rhythm based Wii game. The list can go on and on.”

“This same rule applies across all entertainment as well. Take the movie Avatar for example. If Avatar was launched today, would it have achieved similar box office success? Keeping in mind that all the other 3D titles have already launched (e.g., Piranha 3D, StreetDance 3D, Disney movies, etc.)? Of course not. What about if Avatar launched in 2009, as it did, but did not make use of 3D technology? Again, no. Avatar was successful for one reason, it was a great movie that made use of a new technology that had a high market size potential.

“And once the market leaders are established, it is very difficult for second entrants to surpass the incumbent brand. That is why Guitar Hero outsold Rock Band 2 to 1, despite Rock Band achieving higher critical acclaim, and why Call of Duty will continue to outsell Battlefield (on consoles) throughout this generation.”

“There is nothing wrong with following the status quo, especially when the size of the potential market is quite large (e.g., modern day shooters), but if publishers and developers truly want to rocket a new original (or even existing) IP into the sales stratosphere, it is always best to be the first to be great at exploiting a new game feature or technology.

“I think we’ll see this phenomenon in practice quite soon with the launch of the iPhone 5. For the last year the top 25 in the App Store has pretty much remained constant, but I bet that within 3 months of the iPhone 5‘s launch, we’ll see a huge shake-up in the ranks as games that take advantage of whatever new features become available will skyrocket into success. Remember the whole “Retina display” that the iPhone 4 offered? Games that offered this new HD “Retina” display quality rocketed to the top of the charts.  You can bet the same will occur with the iPhone 5 and whatever new gaming features it opens up to developers.”

Divnich’s insights provide a clear picture for those of us who complain loudly whenever a new IP tries and fails at retail. But whether we like it or not, games are still entertainment products bound largely to the same business rules and practices seen in other branches of entertainment. You have your audience, your budget, and your good old marketing mix to considera alongside a wealth of other factors.

That doesn’t mean there is no room for a great and original IP, however. It just means there are key factors to consider if you actually want to sell enough units to start a new franchise. If we take a look at Minecraft using Divnich’s four categories, it becomes a bit clearer how it was able to become a runaway success before the game is actually finished.

Minecraft had little to no practical competition, benefited from a savvy business model that in turn created a wealth of word-of-mouth buzz that spread like wildfire, has an audience that is willing to forgive its “shortcomings” in quality (selling in alpha and beta stages) due to the enjoyment of the product in their hands — and a promise of more to come — and can be played properly on most PCs. Perhaps Notch didn’t think of this beforehand, but his game fits the requirements for competition, marketing, quality, and market potential which can help explain how he was able to sell millions of copies of an unfinished game.

Compare that to Enslaved, which was positioned in a genre where people are less willing to forgive the slightest shortcomings, launched at a terrible time with a lot of competition from established action/adventure franchises, suffered from a lackluster marketing strategy that didn’t capitalize properly on the game’s strengths that set it apart, and failed at retail despite critical praise.

With these tools in hand, we can still lament and complain about a lack of original IPs because this is the Internet. But the next time a publisher, developer or studio complains about the state of the industry with regard to new IPs, while in retrospect their decisions and strategy may have doomed their previous games’ success at retail from the start, we can be armed with more than just a snappy comment and a funny picture.