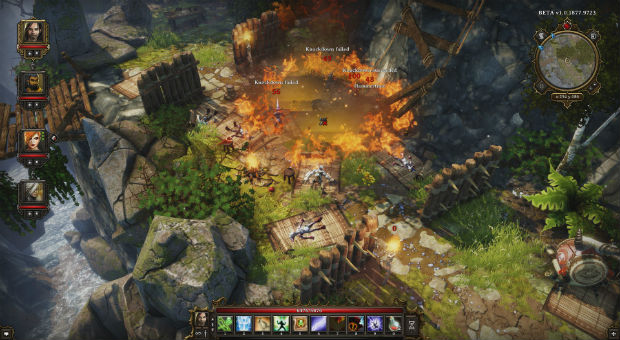 How ’bout remembering your divinity?

After missing several release dates, Divinity: Original Sin is finally on Steam as of June 30. This game is the fifth entry in the Divinity series and was created using Larian Studio’s own in-house custom engine.

After several years of development, Larian Studios secured additional funds via Kickstarter to truly realize their vision of the game world. While it was originally supposed to be released in October or November 2013, it was first delayed to February 2014, then again to June.

Even though delays usually spell trouble for the status of a finished game, Divinity: Original Sin is recieving critical acclaim on Steam. The game is available now for $40, and there’s some sweet Cow Simulator action you can get into as well if you take the plunge. I’d say that’s a good deal, wouldn’t you?