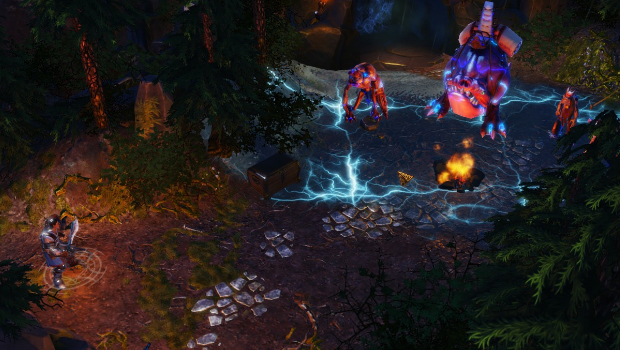 Larian Studios has announced the next entry in the Divinity series, Divinity: Original Sin. Interestingly, the game abandons the third-person “action” feel of Divinity II, instead returning to an isometric perspective in a game said to be heavily inspired by Ultima VII.

The sequel features co-op alongside a two-character single-player mode and will feature a pair of protagonists — a resurrected female murder victim, and a musclebound male who was once fated to suffer eternal torture. The story takes place immediately after the events of Divine Divinity, and will feature a conversation system in which character stats can affect which player decides a course of action.

Combat is turn-based, with monster encounters creating a grid in which players can fight using a shared pool of action points. Both players needn’t be involved in a battle, either — one player can go enjoy real-time chicanery in towns while another is trading blows.

More details are coming soon. Should be worth keeping an eye on, especially with such a dramatic return to the series’ roots. While you wait for more info, why not check out the attached screens and art?