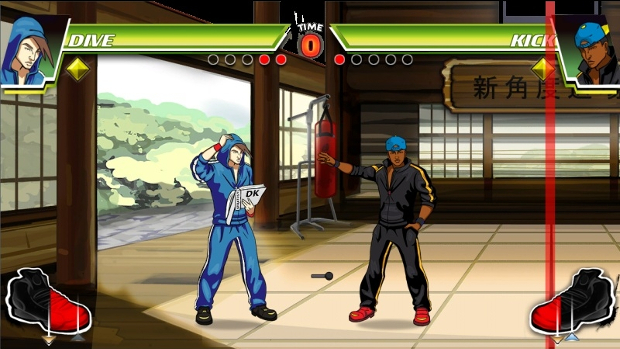 Start your fanfics: Dive and Kick get Steamy

We already knew that the two-button fighting game Divekick was coming to PS3 and Vita next month. Now, thanks to a tweet from the official Divekick Twitter, we also know it will be launching on PC, through Steam, on the same day and for the same price. That’s August 20, $10.

Well, now that that’s settled, what system are you picking up Divekick on? I might be leaning Sony thanks to cross buy letting me play on both PS3 and Vita. Then I can practice my dives and kicks on the subway.

I’m just assuming a good chunk of you are planning on picking it up, because excitement for it seems high. I’m a believer myself. Playing it at GDC with the giant, two-button controller sold me in a handful of tense and taut rounds. The game is definitely more than parody and in-jokes, even if you can play as Seth Killian and a lot of other weirdos. I mean, like, a whole bunch.