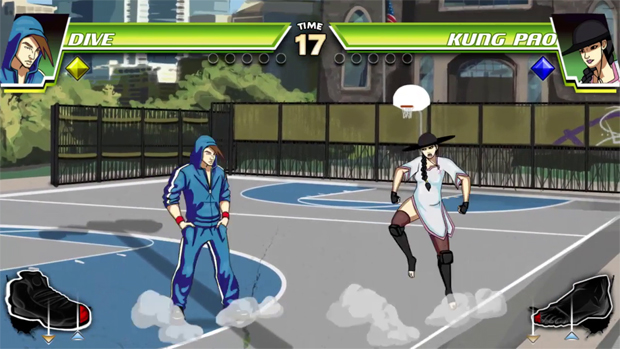 And it will also support cross-buy!

Divekick, the two-button fighting game, now has some solid details for its release. Dave Lang has announced on Twitter that the game will release on August 20 for $10 on PS3 and Vita. Best of all, it will join the ever-growing library of games that will support cross-buy between the two systems. No word yet as to whether or not these same details will apply to the PC version, but I think the lack of a mention means it will release separately.

I cannot wait for Divekick to be released. After getting my hands on it at PAX, I can say that I truly believe it to be the next milestone in fighting games. It’s a game that manages to capture the essence and spirit of every fighting game and distill it down to two buttons, ensuring that anyone can grasp the concept and play. Considering that fighting games are notoriously horrendous in this category, I’d say Divekick has something special.