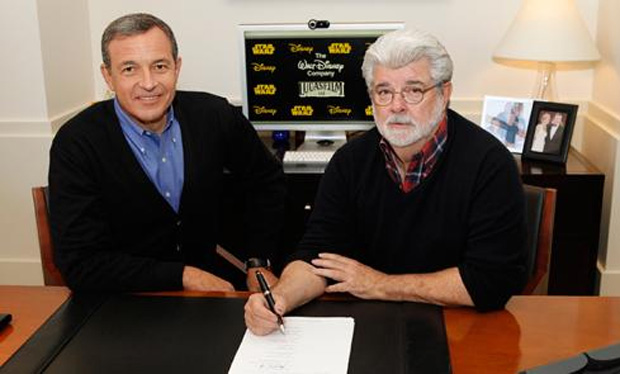 As announced today in a press release, The Walt Disney Company has agreed to acquire Lucasfilm for $4.05 billion (approximately half paid in cash, and 40 million shares issued). Perhaps more relevant to our interests as gamers, this move will indeed include LucasArts — in addition to Industrial Light & Magic and Skywalker Sound. According to the PR, “the present intent is for Lucasfilm employees to remain in their current locations.”

Current Lucasfilm co-chairman Kathleen Kennedy is set to become the president of the company while serving as the brand manager for Star Wars and as executive producer on future films alongside creative consultant George Lucas. Up first will be Star Wars Episode 7 due out in 2015. Yes, this is finally, really happening.

In a statement, Lucas said that “It’s now time for me to pass Star Wars on to a new generation of filmmakers. I’ve always believed that Star Wars could live beyond me, and I thought it was important to set up the transition during my lifetime. I’m confident that with Lucasfilm under the leadership of Kathleen Kennedy, and having a new home within the Disney organization, Star Wars will certainly live on and flourish for many generations to come.”