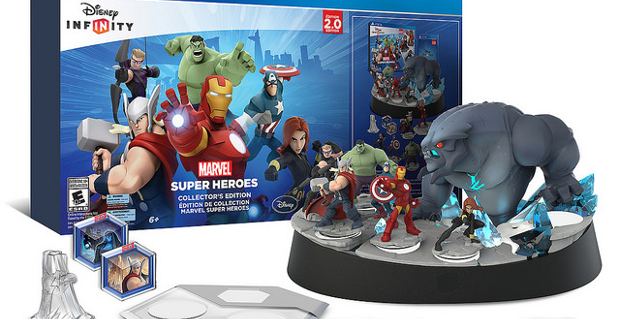 Disney is teaming up with Sony for the release of its upcoming holiday money maker, the Marvel Super Heroes bit of Disney Infinity.

There’s also a North American PS3 bundle that comes with the Disney Infinity: Marvel Super Heroes Starter Pack (just Iron Man, Thor and Black Widow figures) for $250. The PS3 is a 12gb (typically $200 on its own), so expect to upgrade the hard drive. Or just buy one of the other PS3 models available and skip this altogether.