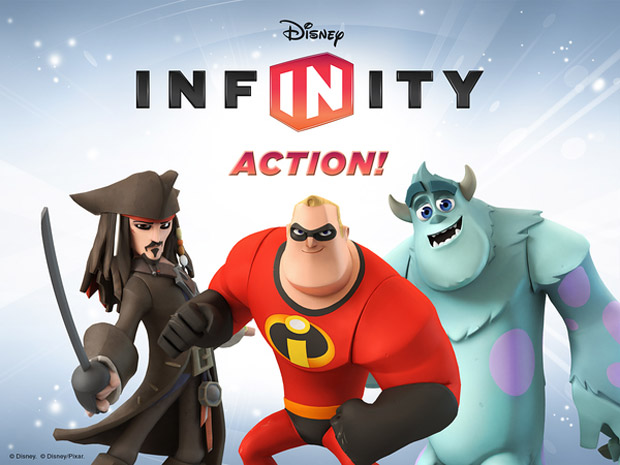 See a couple of your favorite Disney characters IRL!

During a recent press event with Disney Interactive, I got a chance to look at how Disney Infinity will translate to mobile devices. The publisher is planning to release two separate apps, one for iOS devices and later for Android and Windows devices, and one exclusively for the iPad, from second generation or later.

Tomorrow, the Disney Infinity: Action! app will be available for iPhones and iPads. Within the month it will also be available on Android and Windows devices. This app is basically an alternate-reality camera toy that allows you to interact with three Disney characters from Disney Infinity.

Mr. Incredible, Sulley from Monsters Inc., and (animated) Jack Sparrow are the featured characters in this particular app. The main meat of Disney Infinity: Action! involves taking video captures that play back real footage while the characters perform various actions. Though the characters themselves are free to interact with and have their own sets of props to play with, each ‘video action’ costs a certain number of coins that can be won with daily check-ins and Facebook posts, or bought with in-app purchases.

You’re given at least one video action per character for free, though if you want the really fun ones — such as the actions that involve all three characters in some way — you have to use your coins. The app reminded me of “Action Movie” on iOS devices, in how it blends real iPad/iPhone video footage with CGI effects in small film clips.

Fortunately, this app is not the only connectivity plan for mobile devices and Disney Infinity. Think of it more as a fun little distraction with IAP before Disney Interactive reveals the real iOS (think iPad) app for the game.