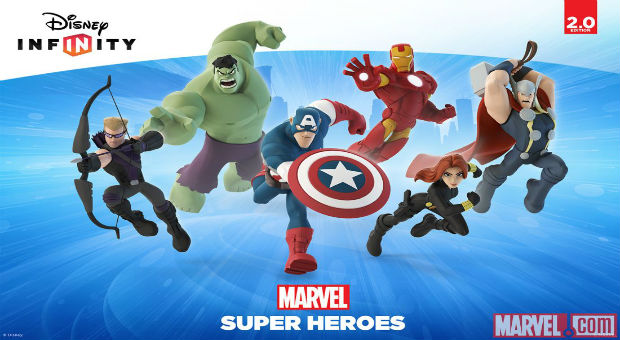 Marvel heroes have never been so cute

Sick of playing around with Disney characters and looking to add a little more oomph to your Disney Infinity repertoire? You’re in luck. Disney Infinity 2.0: Marvel Super Heroes is launching for current-gen and last-gen systems this fall.

During an event held in Los Angeles today, Disney announced the next installment for the Infinity franchise, whose story will be penned by the prolific Brian Michael Bendis. Bendis promises that his own brand of upcoming Marvel stories will “blow your mind.” But if my mind is blown, how could I ever enjoy playing around with my Loki and Thor figures? That would be difficult.

Marvel Super Heroes will feature six characters: Captain America, Thor, Black Widow, Iron Man, Hulk, and Hawkeye, for your Avengers role-playing pleasure. A Disney Infinity 2.0 starter pack will include three characters, and the one featured at the Disney event included Thor, Black Widow, and Iron Man. According to Marvel’s official announcement, more than 20 new interactive figures will be released for the new Infinity universe this fall. The trailer indicates these figures could include Loki, Spider-Man, MODOK, and more.

In addition to the bushel of new characters, the world of Disney Infinity 2.0 has been expanded as well, increasing levels to 20 and adding on a new skill tree. Toy Box mode will also see improvements, including the ability to create interiors and features players can use to outfit their Toy Boxes.

If you’re worried about hanging on to your progress in the original Disney Infinity, all your characters, Toy Box saves, and power discs will be backwards compatible with Disney Infinity 2.0 — even the base. No reason to Hulk smash, unless of course you’re that excited. Look for the Marvel gang to show up this fall, and prepare to squee. Even if you prefer DC (like me), they’re just so cute.