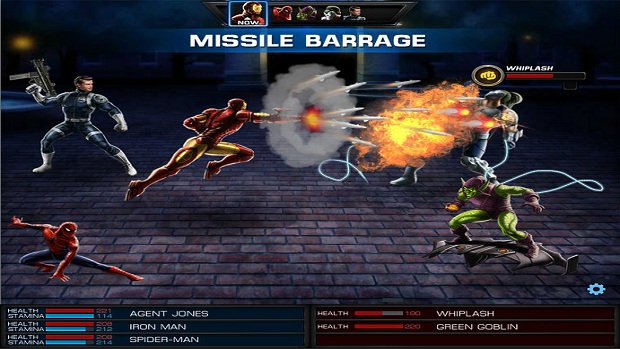 Disney Interactive has today shared first details on an upcoming Facebook game called Marvel: Avengers Alliance which is being developed by Playdom. The game has a sort of Pokemon feel to it with players having to collect Marvel heroes and villains, and then train said characters in order for them to gain new abilities and attacks.

Players will also be able to use something called “ISO-8” to further upgrade their pet super-humans and while no mention of what ISO-8 actually is was made, I have a feeling that acquiring the stuff may require credit cards. A rather interesting aspect of Avengers Alliance seems to be the inclusion of PvP, with players being able to fight each other with their own custom heroes and villains.

While it does sound interesting, if ISO-8 does in fact turn out to be a “buy your way into all the good stuff” method that many Facebook games have been doing since forever, some players might and will be turned off by it. Expect to see Marvel: Avengers Alliance sometime in Q1 of this year.