Die too many times in God of War and the game will ask you if you’d like to switch to “Easy” mode. (Only combat will be affected.) Fail a certain number of times in Twisted Pixel’s ‘Splosion Man, and you’re given the option to skip the stage… at the expense of the game’s titular character wearing a fluffy pink tutu. Ska Studio’s upcoming Xbox LIVE Arcade sequel, Dishwasher: Vampire Smile takes another approach — the unlock of the game’s easiest difficulty “Pretty Princess.”

The original Dishwasher wasn’t what you’d call a pushover of a game. Many even found the violent hack-and-slash side-scroller to be too difficult. While the upcoming sequel promises to be a bit more forgiving, Ska still has a little something up its sleeve for those who don’t think they can hack it.

“Pretty Princess” has all of the standard trappings of a game’s least difficult mode — your character takes less damage while dealing more, etcetera. But don’t think you’re getting off that easily if you decide to fall back on simpler gameplay. In “Pretty Princess” mode, the game gets a slight visual overhaul. The world is bathed in hues of pink and purple. Instead of blood spewing from the severed limbs of enemies, you’ll see splashes of rainbows, and you’ll see hearts flying around everywhere. Sure, it’ll be the core Dishwasher experience, just with a twist of My Little Pony meets Rainbow Bright.

Even still, Dishwasher: Vampire Smile isn’t the kind of game you’d want your kid sister playing. It’s as violent as ever, “Pretty Princess” mode or not. And even with tweaked difficulty, the game is most definitely a “hardcore experience.” I know this because during my demo at PAX East I died a lot. How else did you think I found out about “Pretty Princess” mode? 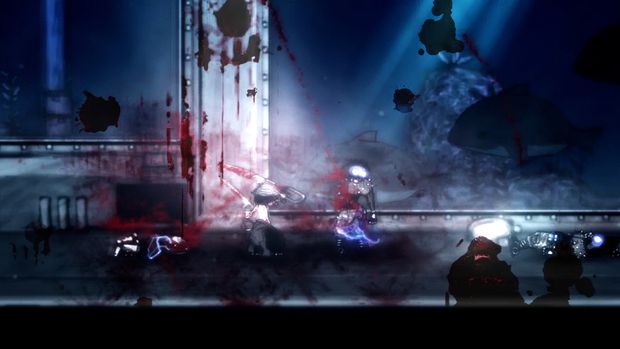 Fans of the original game will be happy to know that the spirit of The Dishwasher returns in the sequel — fast pace, over-the-top, combo-based action bathed in blood and scattered limbs. A key difference this time around is that players can choose to play through two separate solo story campaigns, one which follows The Dishwasher and the other his mental step-sister, Yuki.

Deeper in narrative than the first game, I’m told Vampire Smile‘s story is mostly focused around the new playable character, Yuki. With that in mind, I dove into the Yuki demo immediately, and quickly learned that she’s not the girl you’d want to bring home to mom and dad. The story in the demo was told through quick flashes of unplayable “cut-scenes” which depicted a clearly troubled Yuki in a hospital gown, shambling through a mental hospital. The scenes were terrifying nightmare scenarios, twisted and dark in an attempt to nail home the point that Yuki’s clearly dealing with some sh*t that will unfold as the game progresses.

From a gameplay perspective, controlling Yuki feels similar to the original game, with some noticeable-yet-small tweaks that make it feel tighter overall. Like The Dishwasher Yuki can wield blades and other weapons, but one noticeable physical difference sets them apart — she’s missing an arm. And on that severed limb, as you’d expect from a game as twisted as Vampire Smile, you can attach various tools for massacring enemies; in the PAX demo I played I used a chainsaw and a gattling gun. In the final version of the game the gun won’t be used to slaughter your opponents — you’ll still have to rely on your melee weapons to get the gory job done. While it will do slight damage, I used it more to keep enemies at a distance, giving me an opportunity to get up close and personal with other priorities before moving in for the kill. 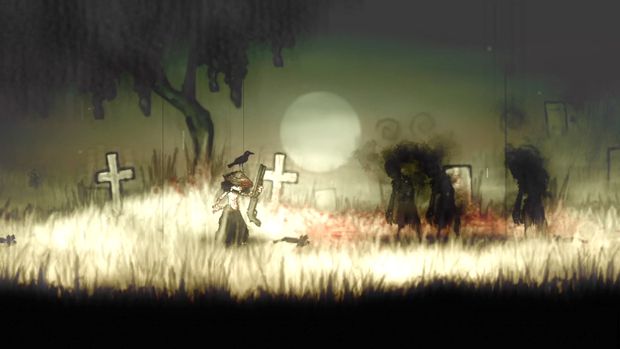 I also was introduced to one of the game’s new “Dish Magic” abilities, which basically lit up the screen with bloody bits as it exploded enemies at the push of a button. In this particular demo section I saw, my “Dish Magic” was continuously refilled; later areas of the games you’ll have to show a little restraint, using it only at the most opportune times. Another “Dish Magic” I was told about, but didn’t seen in action, will sap health from enemies.

While the story won’t be focused on The Dishwasher himself, that doesn’t mean he won’t get his own new abilities and tools. I saw and used a number of new melee weapons including giant scissors and a hammer covered in what appeared to be barbed wire. He’s also got a few new finish moves, executed when enemies “spark,” including a context sensitive finisher where he violently and repeatedly rammed an enemy’s skull into a wall. 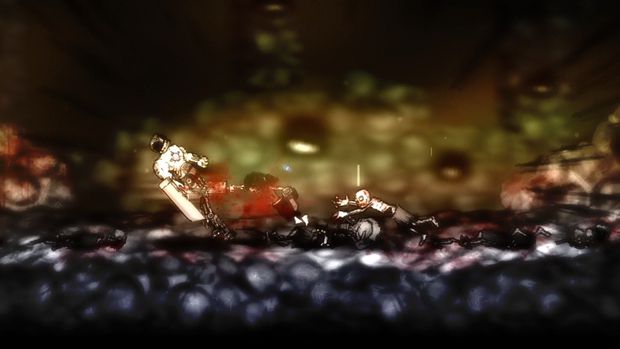 As for when The Dishwasher: Vampire Smile will hit Xbox LIVE, Ska Studios is pulling the “when it’s done” card. But based on what I saw and played at PAX, it’s looking pretty polished and ready to go, and Ska admits it’s “in the last phase, so to speak.” I just hope it decides to unlock “Pretty Princess” mode from the start… I’m not very good at videogames.