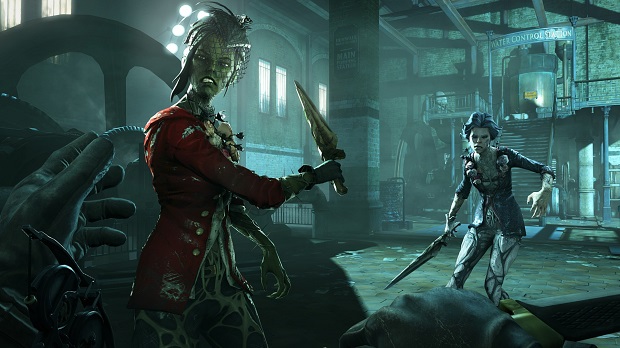 The Elder Scrolls Online is also making its Steam debut

The horribly cynical part of me is wondering what’s going to actually happen at this year’s QuakeCon; now that John Carmack is gone from the company and Doom 4 still just exists as a trailer, is there much to look forward to? Well, there’s still the annual QuakeCon Steam sale to tide you over, in case you hadn’t succumbed to buying the id mega bundle during a previous sale.

Dishonored is the main draw this time around, with the Game of the Year (hey, it was my game of the year) Edition reduced to $10.99/£6.79. If you haven’t played it, you really need to get your hands on what’s been my favorite stealth game of the last few years, especially after being underwhelmed by the Thief reboot this year. The pair of DLC episodes that deal with the mercenary captain Daud are really good too — definitely some of my favorite DLC.

Also making its debut on Steam is The Elder Scrolls Online, which is half price right now at £24.99/$29.99. From talking to friends, it seems like the MMO didn’t make the kind of waves folk were hoping it would. I think still launching with a subscription fee in this day and age is often a foolhardy approach but maybe it’s worth a shot at a cheaper price? What’s everyone’s experience with TESO now that it’s been out a few months?