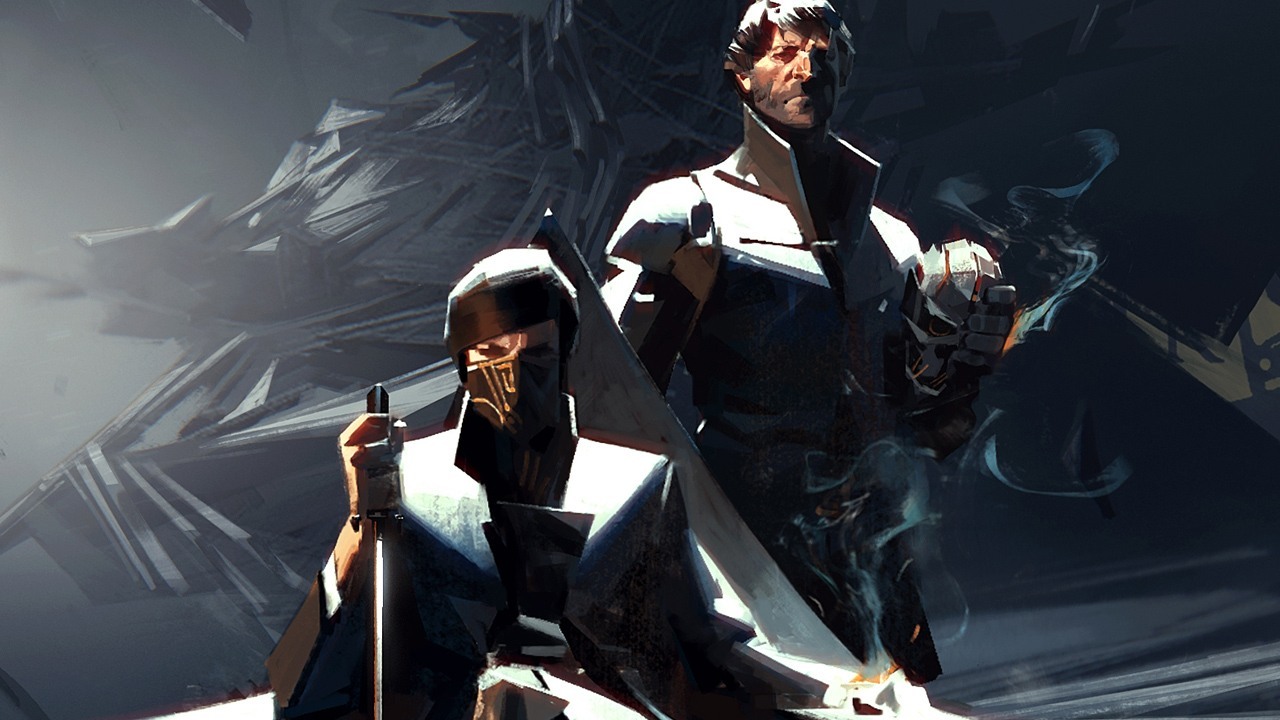 ‘I make these weird, cultish games’

[Dishonored 2 is out today, and Chris is warping and killing his way through Karnaca to give you a review as soon as he can. In the meantime, you could read my extremely-last-minute interview with co-creative director Harvey Smith below to better understand Arkane’s development process and perception of its game.]

Sitting in a dimly lit bar/lounge called The Edison that had me in a thematically-appropriate mood, I spoke with Harvey Smith at length about how his past projects have informed Arkane’s latest, what it’s like to be a household name in the gaming industry, and how he considers Dishonored a cult game. That last idea stuck out to me in particular. But first, let’s set the stage.

I had just finished playing through the Clockwork Mansion level, using a provided device to record three playthroughs: one where I examined every little thing as Emily before realizing that would make for a horrible video, another where I played like a gosh-dang expert, and a third as Corvo just to try out his abilities in the provided environment. Due to some screw-up on my end, the footage is all jittery and unpublishable, so allow me to paint the (entirely fabricated) scene for you.

I ghosted through the whole level, not even breaking a sweat. A crowd of journalists and developers alike slowly filled in behind me, a burgeoning e-sports player easily worth millions of dollars, offering to buy me drinks. When I finished the level, Smith came up to me, a single tear gliding down his cheek as he ruffled my hair and said “Y’did good, kid.” Then each person in attendance gave me $100 each so I could pay off my credit card debt.

Both characters fresh in mind, I asked Smith if co-op had ever been in the cards. He shook his head instantly, thinking back to when System Shock 2‘s co-op patch came out and he had played it with his friend Monty (a level designer on both Dishonored games). They had been so excited, but Smith remembered “playing the slow-paced, gather-resources, listen-to-the-next-room-for-monsters” playstyle, while Monty bunny-hopped down the hall in front of him with a shotgun. It was such a different experience than when he played the game alone, and he felt that these player spaces were best explored alone.

Considering his work on System Shock and Deus Ex, and often hearing him mentioned in the industry, I wanted to know how having a known name in the gaming community felt (as insular as it can be here). When I asked if being known on a named basis came with responsibility, he had this to say:

It’s funny that you say that because I don’t feel that way. I do think there’s a level at which people like Ken Levine or Brenda Romero or Will Wright that I’m not ever going to get to because I make these like cultish weird games. But I have been working in games for 23 years. So there’s enough work there, that you can see when I get my way and the team is powerful (because the team deserves most of the credit honestly) but when everything goes right, you can see what we’re trying to do as a group, Arkane. You know as well as I do that it’s atmospheric and player-paced and it’s a combination of puzzles and resource and combat and stealth, and we love that. You can do it a hundred different ways. You could focus on entirely different mechanics. Like the heart in Dishonored is a really good example of that. We kind of blundered into that, but it ended up being one of the most popular features so we really doubled down on it for the new one. We added a lot of functionality to it.

So I guess over 23 years you do end up with a…”brand” of some sort. Like this is what this guy wants to do, and I guess that has some value to players because they know what they’re getting into. There are people who specialize in humor, or deep narrative, or fast-paced multiplayer, staying up with the community and what they like. This game, or this type of game has more in common with BioShock or Fallout. But yeah, it’s been a pleasure — but a lot of work, a lot of hard work — but like, working at Arkane, working at Ion Storm, working at Origin, it’s always been an opportunity for me to be around people that really care deeply about a particular kind of player experience. I feel very fortunate, very privileged.

I know that some people get into games and five years later they’re out, burned out, or it doesn’t work out for them, or there are three companies in a row where things implode, and therefore they never had that one to sustain them. Because frankly I’ve had some fiery crashes too, but having one or two that people really love, oh my god you get the feedback on that and people talk about what they did, they tell their little story about it and it’s really sustaining, it’s a source of energy. And a lot of it’s luck.

“Weird and cultish?” I asked. “It’s funny that you think of Dishonored as a cult game, considering its success.” Acknowledging this, he admitted “Um…it’s big now.” Despite no one knowing what a Dishonored was, it ultimately ended up making quadruple what the publisher expected, leading to high pressure and attention for the sequel. “I guess what I meant by cult is that in the past it always felt like we were working on a game that was like a shared secret between people who loved this type of game.” Smith mentioned that with systemic games like Fallout, BioShock, and Far Cry, it felt like what was once cultish has exploded because “Players have evolved over time with more of a hunger for depth. They don’t want a trail of bread crumbs, they want to be able to improvise, to solve problems creatively.”

He recalled an interview prior to ours where a woman talked about killing the target in Clockwork Mansion in a way he hadn’t seen. She shot the head off a clockwork soldier, which causes them to lose both their visual sensors and friend-or-foe distinction capability. The target heard this, came over, and was executed by the soldier. “It was just a cool moment for her. And that’s what we live for! Those stories where someone has a set of systems, they’re improvising, they’re experimenting, and they pull something off in a way they don’t expect. That’s kind of what I meant more than cultish.”

Though the games Smith has worked on could never be accused of being homogeneous, they certainly have a common view on player agency, possibility, and freedom. I wanted to know how Arkane was able to wrangle a new IP like Dishonored into a success:

Well for its time, Deus Ex was a success, but this one really struck a nerve somehow. I think Raphael Colantonio (the other half of the co-creative director partnership) and I spent a lot of time talking about how to enable depth for the players that wanted it but leave it accessible for the players that didn’t want it. Part of that is enabling you to play your way. If you want to run and gun, you can do that. If you want to sneak, you can do that. If you want to be very story-heavy, you can do that. If you don’t care about the story you can do that with a very superficial understanding. Also, the art helps. It’s beautiful, it’s its own style, it’s very differentiated. There’s nothing exactly like that. Even though we’ve done the same genre over and over, we’ve always added something new. Like the supernatural powers like Blink transform the game. The smooth movement, being able to slide…the heart as a feature, like a weird eavesdropping feature is something we hadn’t done before. It’s a hard question to answer. Why does one thing blow up and not another? If I knew that…I would have like a gold-plated toilet or something (laughs).

So maybe if Dishonored 2 is successful enough, Smith will be able to shit on gold while he shits out gold. I’m hopeful after Chris’ impressions, though I’ll admit Bethesda’s new review policy had me somewhat doubtful. Let’s hope that the PC version’s numerous ports are ironed out as quickly as possible (and here are some tips to help make it run better).