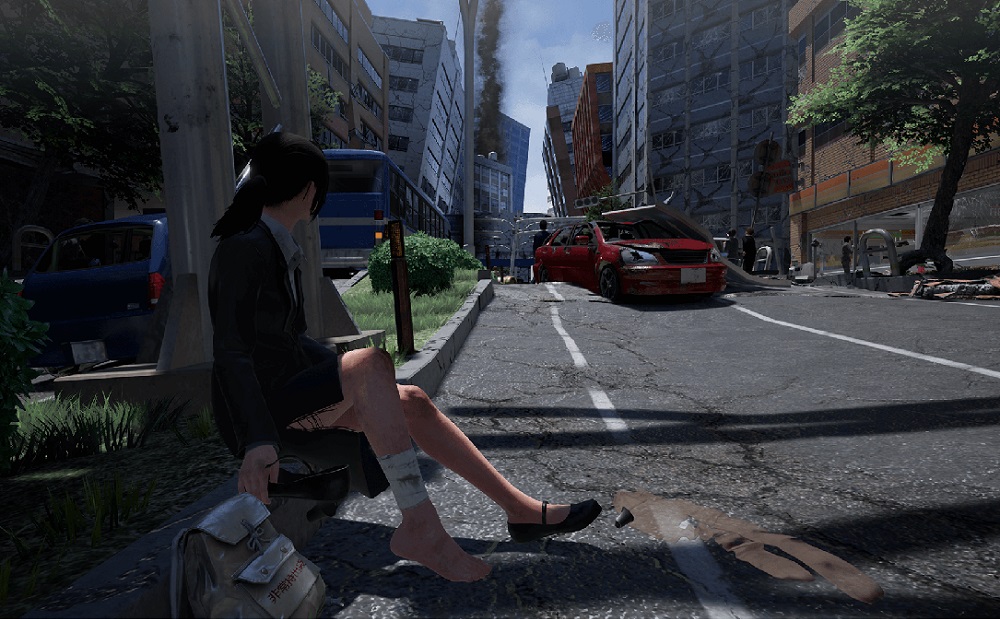 Don’t step on the cracks

NIS America has announced a western release date for its grim adventure Disaster Report 4: Summer Memories, which launched on PS4 in Japan in 2018, before being ported to Nintendo Switch last year. The game will arrive on these shores – for PS4, PC and Switch – April 7.

Disaster Report 4: Summer Memories tells the story of a custom-designed protagonist who – while visiting the city for a job opportunity – is caught up in a devastating earthquake. In the aftermath, players must guide the protagonist through the city, healing injuries, keeping fed and watered, and dealing with the aftershock of the calamitous event.

As they attempt to find their way out of the epicenter of the disaster, players will run into numerous characters, each with their own stories and situations. Some will require help, some will offer assistance, and others will simply be out for themselves, hoping to capitalise on the chaos. It’s up to the player to balance the situation and decide who they can afford to risk time, resources, and even their very life on.

The western release will include a variation on the Japanese “Emergency Kit” edition, which includes a copy of the game and its soundtrack, as well as an ID tag, emergency backpack and “First-Aid” style packaging. This set can be pre-ordered from the NIS America store for around $90.