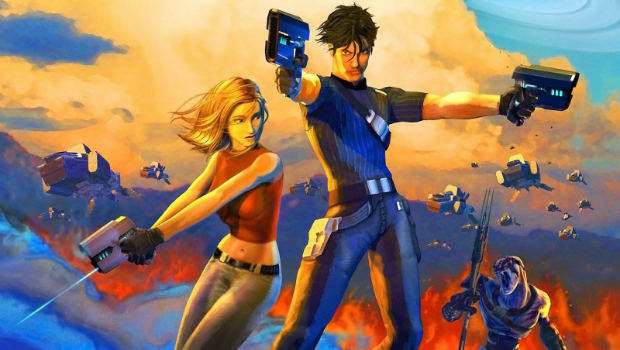 [For his Bloggers Wanted essay response, nekobun shares his disappointment not with a game itself, but rather, its lack of success. Want to see your own words appear on the front page? Get writing! –Mr Andy Dixon]

Back in the twilight of the original Xbox, developers were still doing things to push the system’s limits and create some beautiful last hurrahs before the 360 was due to release. One such swan song was an ambitious project put forth by GlyphX Games (with an assist from Shoot Many Robots‘ Demiurge Studios) known by the handful of people who noticed it as Advent Rising.

Originally planned as a full-on franchise, with a primary trilogy (marketed under the now-defunct adventtrilogy.com) laid out, as well as an intended, PSP-based, space shooter, Advent Rising was a regrettably ignored blip on the radar of most gamers. A sci-fi adventure and completely original IP, Advent Rising was intended to follow the path of one Gideon Wyeth, a mid-level guard with an impossible mission and inexplicable, mystical powers thrust upon him. As the Seekers, a violent alien race, begin a crusade to wipe out humankind, Gideon faces tough choices and steadily more demoralizing encounters as he comes to grips with his apparent role as savior. 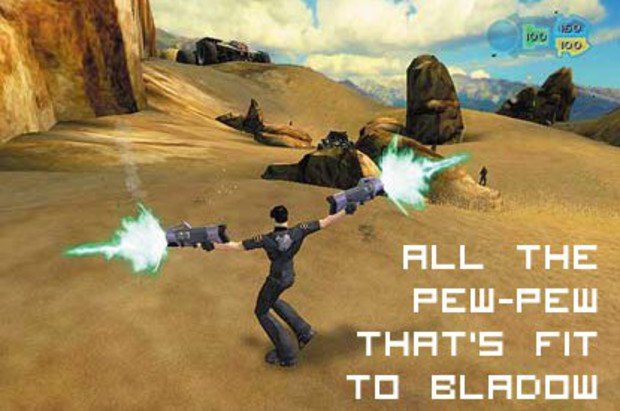 The game itself was, admittedly, somewhat derivative. Despite being a third-person shooter, it drew many comparisons to Halo 2, given Gideon’s ability to dual-wield pretty much anything (even guns almost the same size as himself) and the Seekers’ homo(sapiens)phobic genocide, a la the Covenant, as well as some mentions of similarity to the Max Payne series thanks to Gideon’s impressive combat acrobatics. However, it did all of this pretty well, integrating solid gameplay mechanics with an informative but unobtrusive HUD, and managing to tie the “magic” system in with the two-fisted gunplay without being a hassle.

The story — despite being Yet Another Space Opera and releasing only six months or so after the aforementioned second Halo game — was also solid enough, having been penned by the bigoted-but-talented Orson Scott Card, and presented the player with some difficult choices right off the bat, followed by some pretty solid punches to the emotional gut not much farther into things. The character dialogue was pleasant, the voice cast had a good handle on things, and the game looked visually stunning and just stylized enough to be memorable. 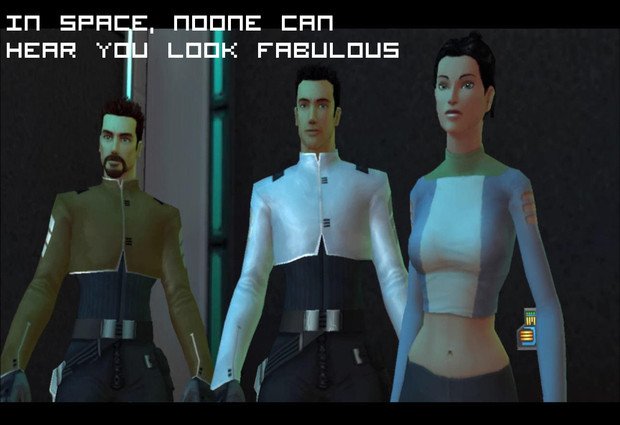 Unfortunately, it was not to be, and that’s where the disappointment lies. A contest initiated hot off the heels of the Rising‘s initial release turned into a PR disaster for Majesco, the publisher, when time zone issues gave certain participants an unfair advantage, forcing the distribution of many consolation prizes and plenty of apologies. The game also picked a weak time to come out in the first place; while not in the midst of a holiday sales rush or other busy release schedule, AR may have seen dents in sales both due to the relative freshness of Halo 2 and the unloading of tie-in games for the new Star Wars: Episode III film. Even if the first game had done well, the Advent trilogy was also staring down the barrel of the Xbox 360 — due to hit the market at the end of the year — which would’ve meant either looking last-gen on a new system or extended delays getting things up to the new standard for any further titles, thanks to the limited nature of the 360’s backward compatibility. Any events following the initial title’s cliffhanger ending were destined for limbo, and while the PSP side story played the role of Schroedinger’s Game for another month or two in GameStop’s preorder system, that was also cancelled in the end.

And so did a potentially great story and franchise bite the big one. While primarily doomed to obscurity, Advent Rising still saw its fair share of love from those who did stumble upon the game in the aftermath. While the Xbox version never saw the light of backward compatibility, the game is still available today for PC from several outlets, including in downloadable form on Steam. Additionally, fans went to the effort of producing an unofficial patch that pulls some of the cutscenes from the original that were cut for PC back into the game, and cleans up several video issues in the game at large. Donald and Geremy Mustard, the brains behind AR, went on to form Chair Entertainment (known for Shadow Complex and the hubbub surrounding their, once again, tagging Orson Scott Card as a writer), and Donald himself stated a year after Advent Rising‘s release and failure that he’d still like to finish the trilogy, and would do so if he owned the rights.

For what it’s worth, Advent Rising is only $9.99 on Steam, and even cheaper if you manage to track down a hard copy from Amazon or some other store. It’s worth checking out for a fun time and a look at what could have been, as well as a taste of the disappointment that comes from not getting an ending at all, disappointing or not, nor the two more games’ worth of content that should’ve led to it.