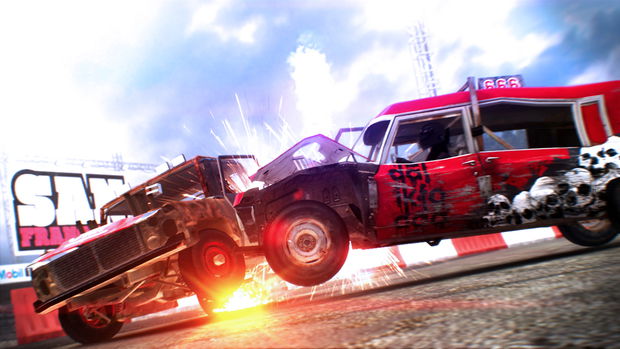 [Update: We transposed a number. DiRT Showdown will arrive on June 12, not June 15 as previously stated in this article. The post has been updated to reflect the changes and we apologize for the error]

Codemasters has announced that they are delaying the release of the PlayStation 3 and Xbox 360 versions of DiRT Showdown, previously scheduled for release on May 29. The combative racing game will now be found in stores two weeks later, on June 12.

The publisher stated in a press release that they came to the decision — along with the title’s distributor, Warner Bros. — in order to give the game a “clearer release window,” which might be code for, “not the week before the biggest North American gaming trade show where it could be drowned out entirely by hype for products which won’t be released for months or years.” It’s probably a smart move.

On the plus side, PC players will be unaffected by the delay and DiRT Showdown will still be available for purchase through Steam on May 24.