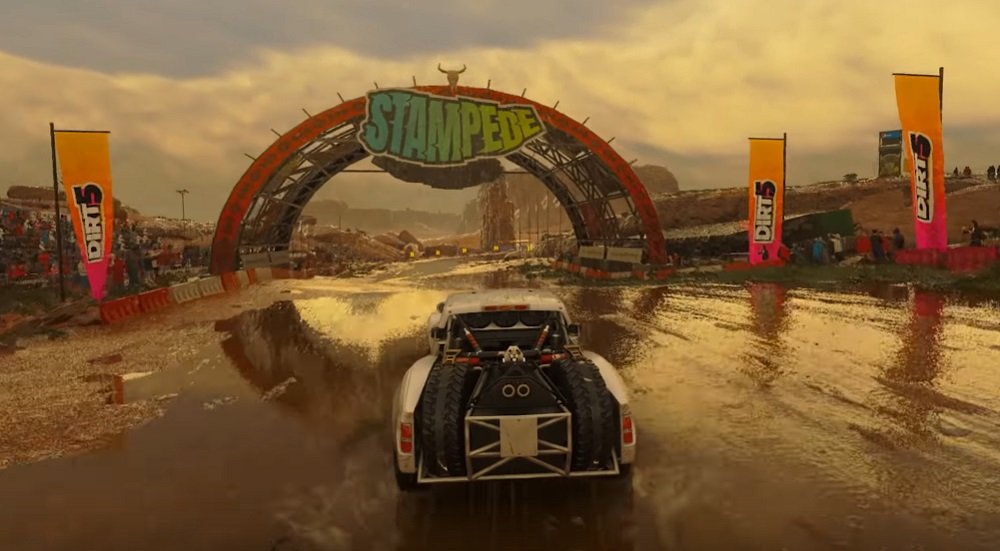 Codemasters has released another work-in-progress trailer for its upcoming off-road racer Dirt 5. Following on from its previous Path Finder premiere, this new video offers an early look at the rock-solid, jarring surfaces that make up new circuit “Stampede.”

Located between the iconic Arizona buttes, Stampede is a hard-wearing track – ploughed into the rock and offering very little give or suspension. Mastery of acceleration and inertia will be required when taking on this twisty, unforgiving course. And if the raceway looks a little roomy in the video below, just imagine the fender-bending chaos when up to 12 rugged vehicles are all jockeying for position simultaneously.

The new trailer shows off the indomitable Jimco Unlimited Truck, a war-ready vehicle that can handle the most dogged of raceways. Also showcased is Dirt 5‘s dynamic weather mechanic, as gathering clouds eventually give way to a summer storm, which is reflected not only in the skies, but also on the track and the surrounding terrain, creating an authentically humid atmosphere.