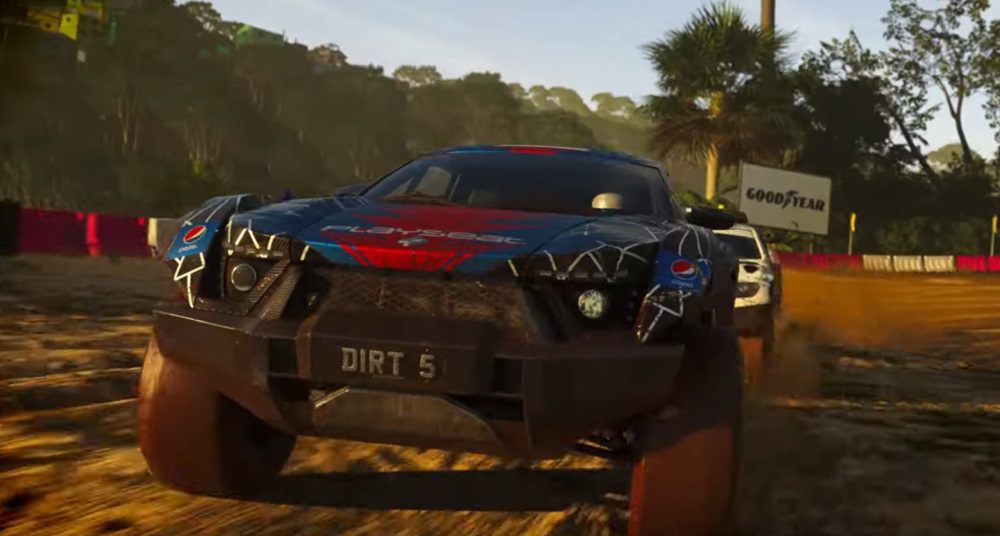 Codemasters, riding high on the success of recent release F1 2020, has released a new trailer for off-road racer Dirt 5. Following its official reveal during May’s Xbox live stream, the latest entry in this long-running series is headed to PS4, PC, and Xbox One and will offer PS4/Xbox One players a free upgrade on next-gen platforms PS5 and Xbox Series X.

The new trailer, which you can check out below, focuses on a selection of Dirt 5’s best features. The video spotlights three gorgeous new locations – Morocco, Brazil, and Arizona – which will join a globe-trotting circuit that also includes Nepal, Roosevelt Island, Norway, China, Greece, Italy and South Africa.

Also showcased is a huge list of in-game events, including Rally Raid, Time Trial, Stampede, and Land Rush as well as multiplayer modes that include both online and four-player split-screen action. All of these modes are in addition to the previously revealed Career Mode, which stars notable voice actors Troy Baker and Nolan North.

Dirt 5 will comes stacked with a variety of vehicles from real-world manufacturers such as Ford, Subaru, and Mitsubishi. If you don’t fancy the original designs, don’t fret, as all of Dirt 5’s cars and ATVs can be customised to your taste in the Livery Editor. A feature-full Photo Mode will let you show off your garage at its very best, on or off the track.

All in, Dirt 5 is already shaping up to be quite a package, and will hopefully deliver the ultimate digital off-road experience when it arrives on PS4, PC, and Xbox One October 9.