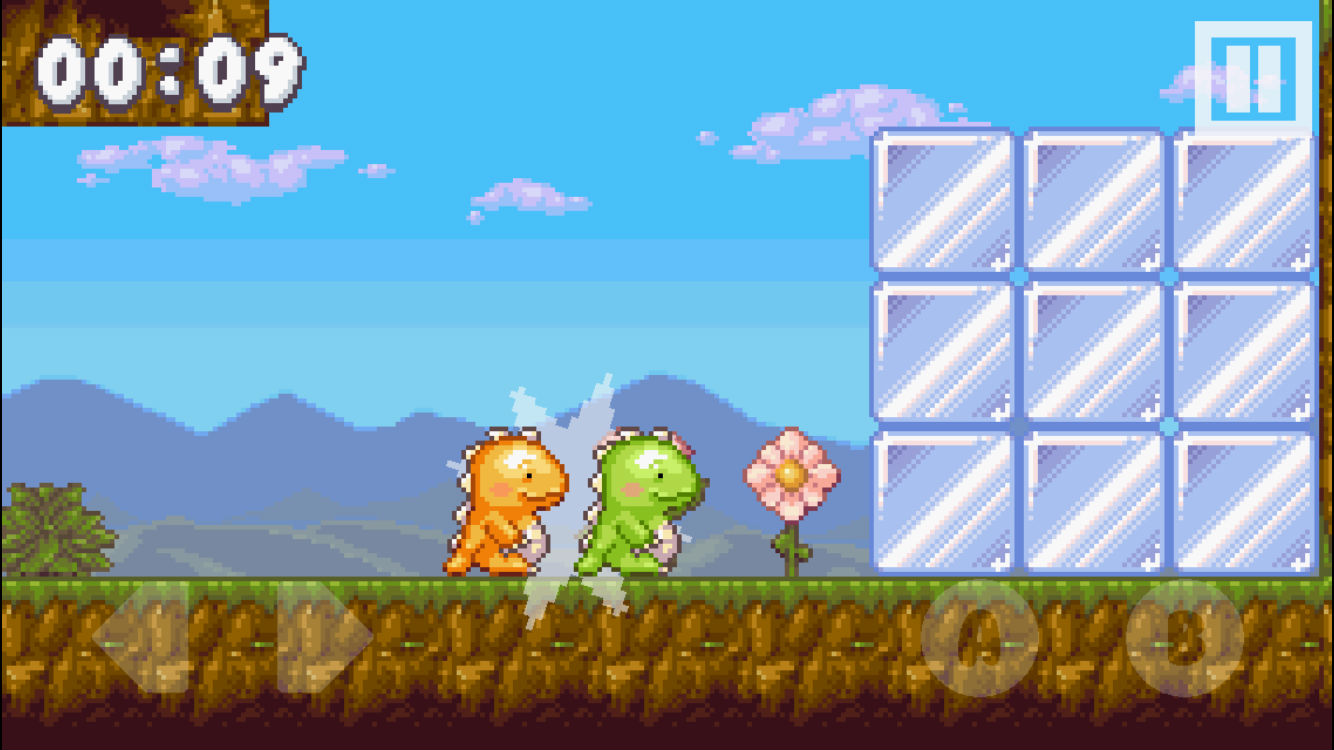 Dinofour was brought to my attention this week, and based on the adorable art, I decided to give it a try — I wasn’t disappointed.

As a massive fan of Lost Vikings, I immediately took to the gameplay, which sees four dinosaurs with different powers working together to reach a goal. One character can push boulders, another breathes fire, one shifts gravity VVVVVV style, and the other flies. While you can’t instantly switch between them with the touch of a button like Vikings, you can shift while they’re next to each other with cute little hug/switch mechanic.

It’s incredibly simple at first, and each tutorial stage is swift, while giving you the tools you need to succeed in later levels. The virtual d-pad and simplistic button system also works flawlessly, and for the most part outside of some flight sections, you won’t need pinpoint precision. For two bucks I highly recommend it if you’re looking for another relaxing puzzle platformer.