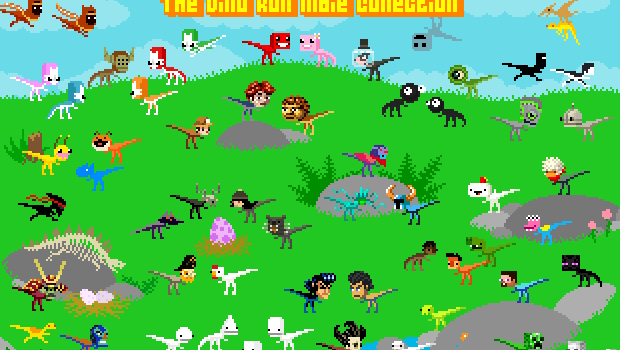 Be a Meat Boy dinosaur!

Dino Run 2 (from PixelJam games) is marching right along towards potential success, though it’s far from being a sure thing. Maybe this vote of confidence from some of the world’s most well know developers will help. The game will feature a series of hats (more like masks) based on characters from Journey, Minecraft, Super Meat Boy, Critter Crunch, Sword and Sworcery, Braid, Spelunky, Shovel Knight, Hyper Light Drifter, Paradise Lost, World of Goo, Alien Hominid, Castle Crashers, N+, Guacamelee, Don’t Starve, Bit.Trip, VVVVVV, Retro City Rampage, Bastion, Machinarium, and more.

There’s no telling why some games reach astounding heights on Kickstarter while others seem to struggle, but backing your title with a list of influential names like that certainly couldn’t hurt.