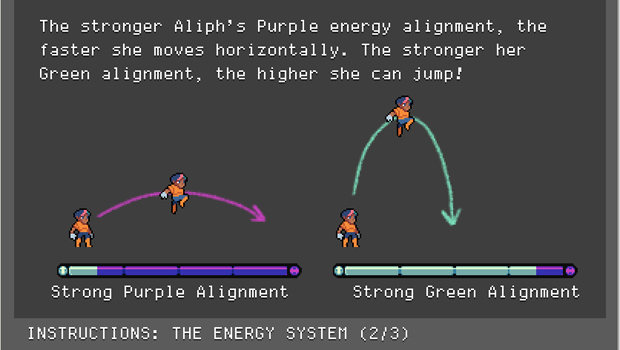 [Update: Show’s over! Thanks to Joni and Sean for being on the show, and for letting me yell at them about how The Witness reminds me of The Fountainhead for so long. The rerun should be up soon, but in the meantime, here’s a trailer for Even the Ocean!]

Today on Sup Holmes we’re happy to welcome Joni Kittaka and Sean Hogan to the program. Sean and Joni are probably most well known for creating Anodyne, a 16-bit style Zelda-like that’s much more than it appears to be at first glance. Their next project, Even the Ocean, is also reminiscent of something from the Genesis days, but this time their taking on the 2D action platformer genre. While the game may look straight forward at first, the two devs are planning multiple ways to change up classic platformer design elements while infusing them with themes related to the game’s story, like alignment-effected jumping mechanics seen above.

We’ll be talking to Joni and Sean about that, where they think it takes for an indie 2D platformer to succeed in 2016, and a lot more. Join us at 2:30pm EST for live talk and questions!