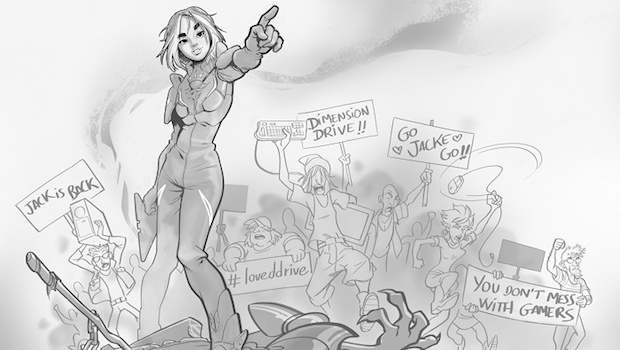 Dimension Drive, the indie game famous for having been trolled by a fraudulent 7,000 euro pledge, has returned to Kickstarter for another shot. “We’ve had [support] from all over the world. People calling us, sending us e-mails, twits… We have taken the decision to pull through and do it again after the weekend. On Monday we will re-launch our campaign and work one more time to try to make it,” wrote David Jiménez, the game’s lead game designer, in an email to Destructoid over the weekend.

Jiménez also confirmed that the €7,000 pledge was a prank, and not a credit card transaction gone wrong. “Kickstarter guys and other developers that we got in touch with us confirmed that this was indeed some cruel person playing jokes on us and several other Kickstarter campaigns. […] The user has been banned but we have no more information beyond that,” Jiménez wrote.

At time of writing, the campaign has raised almost $16,000 in just over 24 hours of funding, and is currently on track to receive over $235,000 by the end of the funding period.

Dimension Drive is a puzzle/shoot-em-up game developed by 2Awesome Studio, a small Dutch team of developers lead by two space engineers (seriously!). The game’s original Kickstarter met its funding goal, only to have a major donation pulled at the last minute by Kickstarter’s “integrity team.”