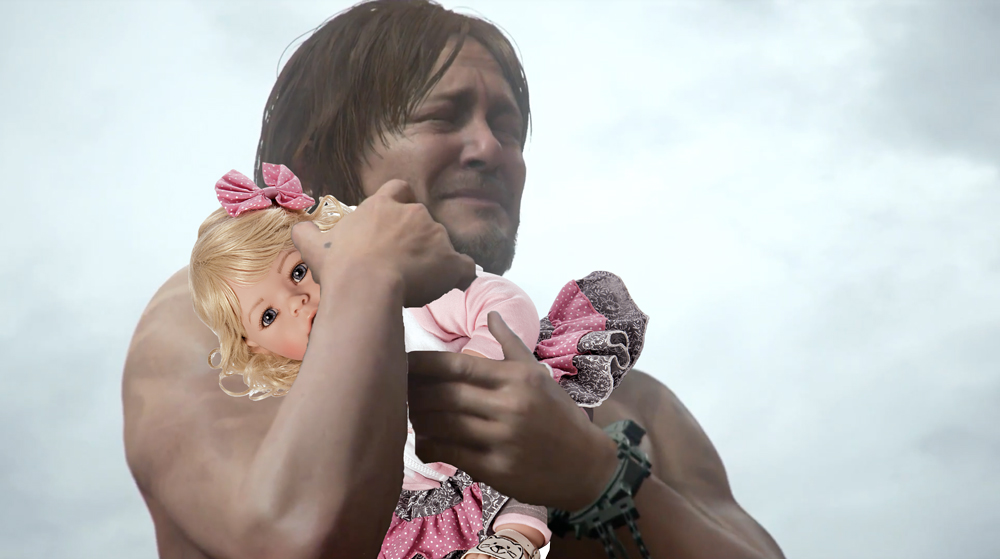 How I pass the boredom ’cause I’m not at E3

On Monday, people around the world were finally given their first look at the Hideo Kojima’s first game outside the shackles of Konami with Death Stranding. Featuring a naked Norman Reedus, a baby, guys in the sky, and more dead whales than a Japanese SeaWorld, it’s easily the trailer that will stick with me longer than anything else I’ve seen thus far from E3. Does it give me insight into the game Kojima is making? Fuck no, but it has a naked dude and an accurate representation of what mankind is doing to the Earth’s oceans.

With such grandiose imagery, a trailer like this is ripe for parody and memes. Last night, expat and Mein Fuhrer Niero Gonzalez pointed out a great meme involving Reedus and The Legend of Zelda: Breath of the Wild. 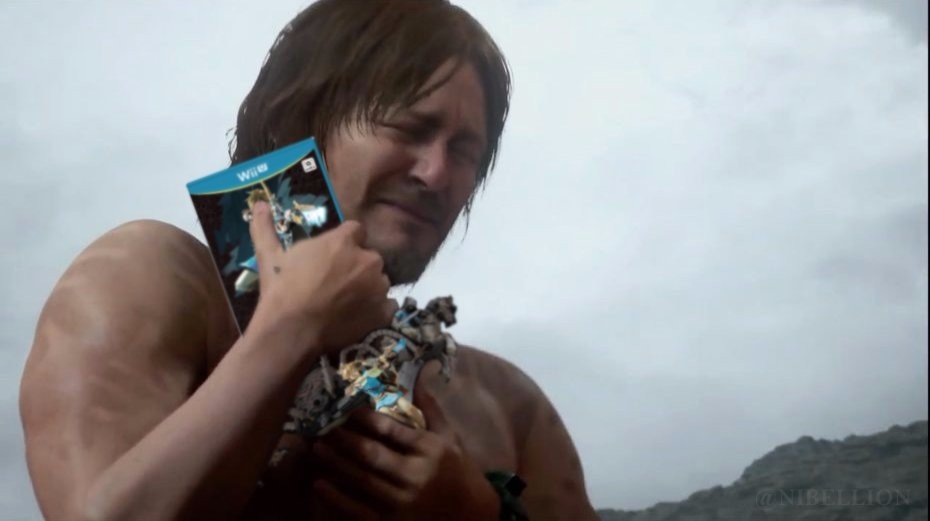 That picture, created by @nibellion, is funny. Very funny. Cold pizza enthusiast Alissa McAloon agreed and quickly put together her own ‘shop. 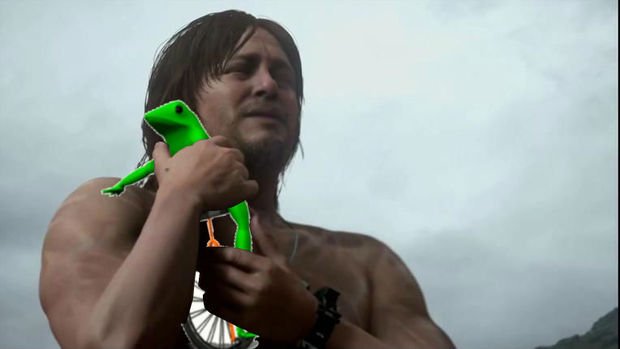 Why this had all the makings of the next great viral meme, Niero probably thought. “CJ,” he commanded me. “Go out and put together the list of the best crying Norman holding stuff memes.” And so I did — or at least I tried to.

When I went looking for this hopeful goldmine of epic stupidity, I came up empty. Outside of this hastily put together picture, the only crying Reedus holding something meme I could find was this one, from Twitter user @markyannna. 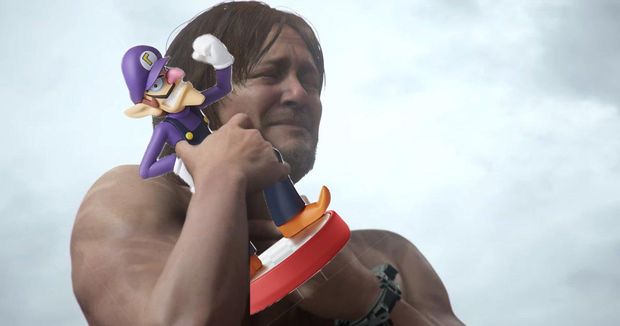 Again, pure gold. But this couldn’t be all, could it? Had my Google-fu skills failed me? Did the internet not find a crying, naked Norman Reedus as funny as we did? “Fine,” I said to myself in a huff “If strangers on the internet won’t do my job for me, then I’ll do my job for me.” So, with a bottle of scotch beer brandy room-temperature water, I set out to create the dumbest pictures of New England Film and Video Festival Special Jury Prize Award winner Norman Reedus that I could. Pictures like…

Norman Reedus crying because Sony ignored the Vita yet again. 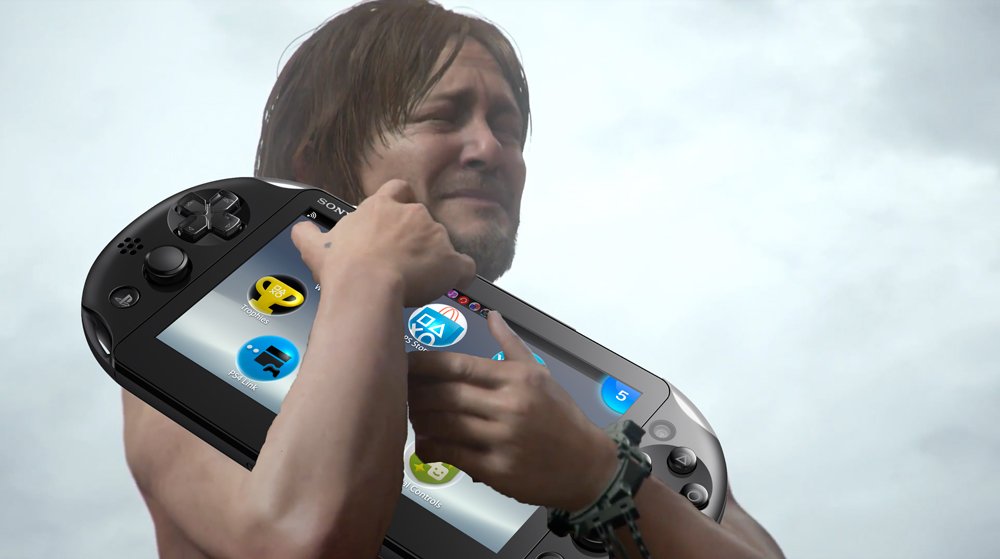 Norman Reedus crying because Linkle won’t be in Breath of the Wild. 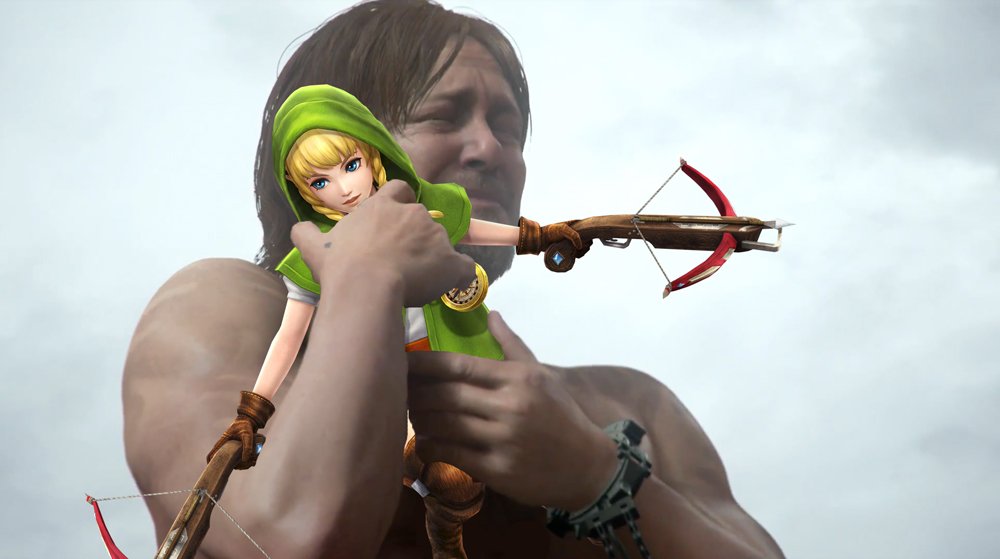 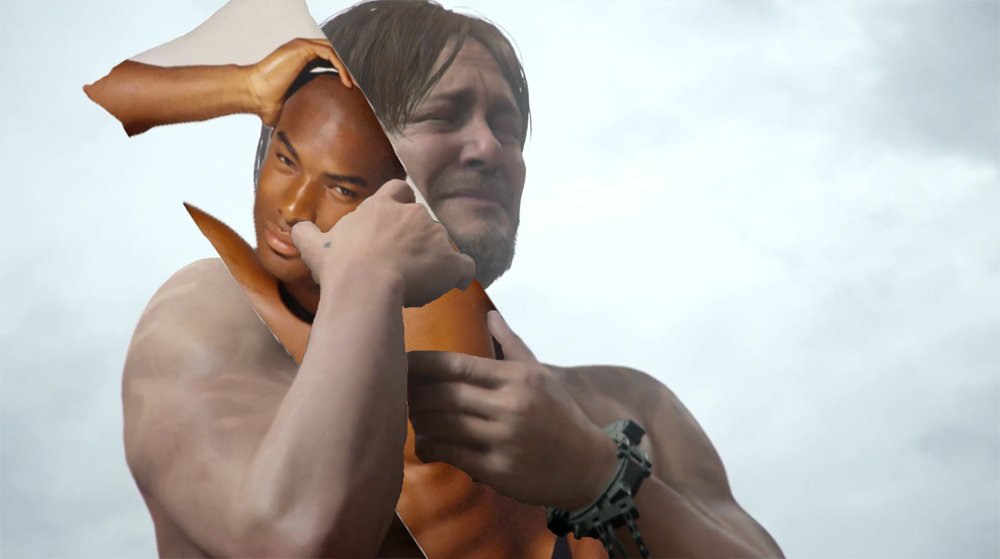 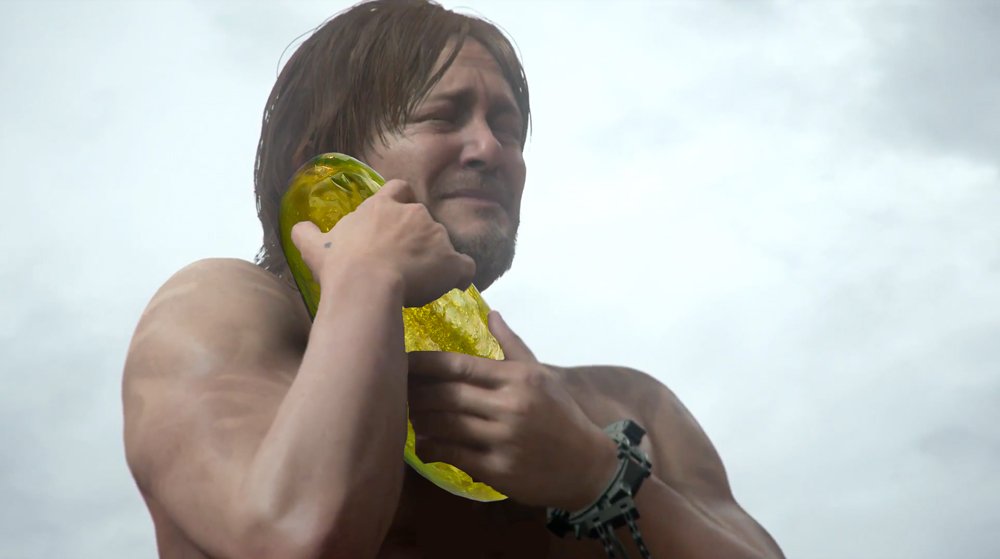 Norman Reedus crying with Gardevoir, because this is Destructoid. 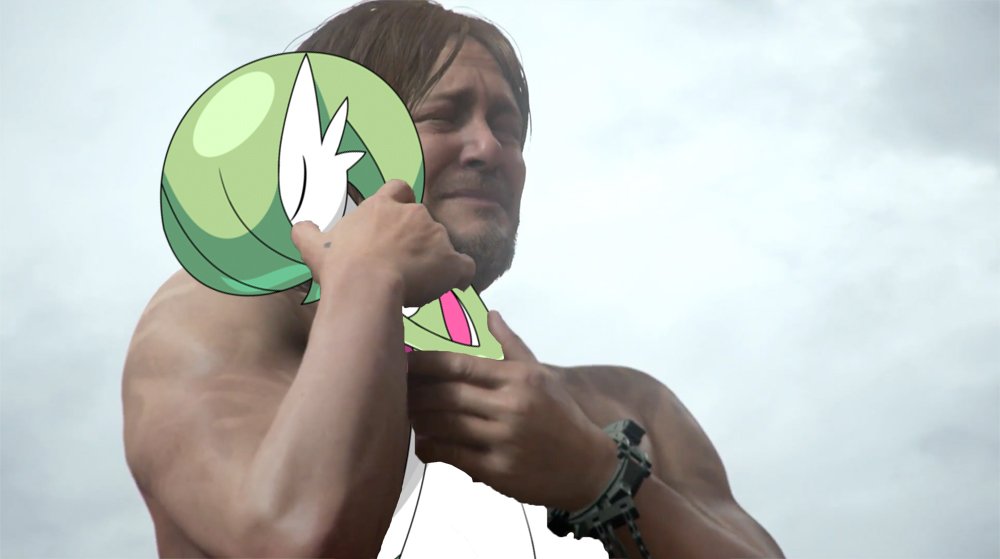 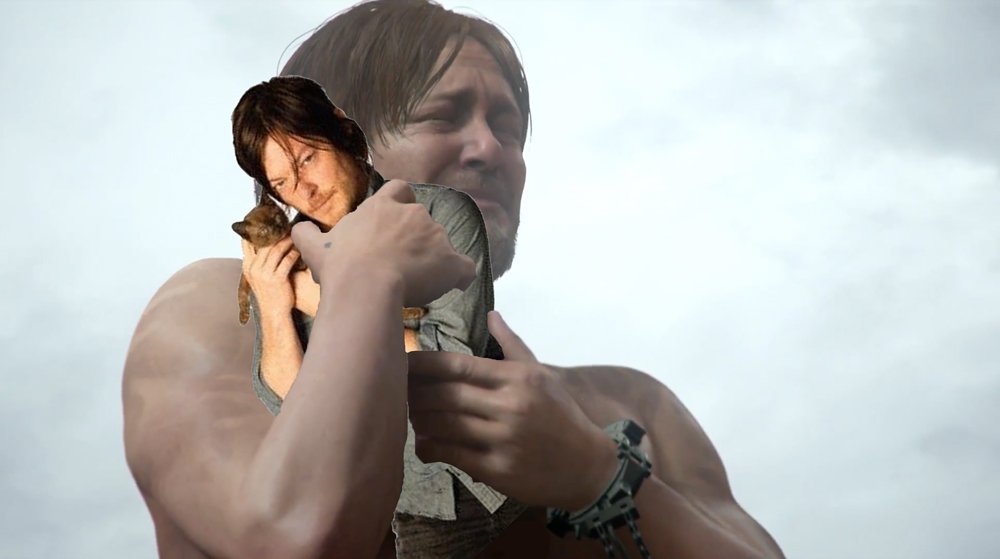 Norman Reedus crying because the pool water is too cold. 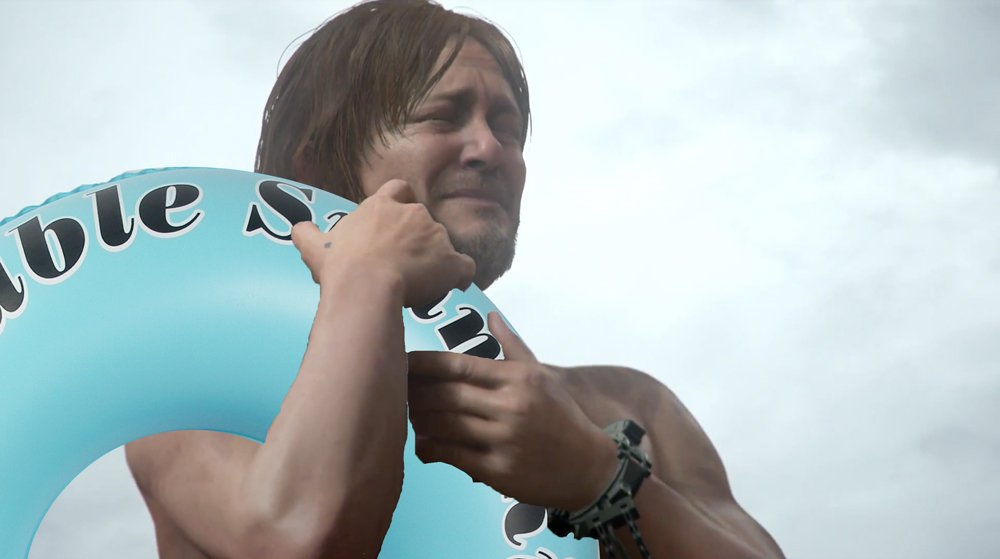 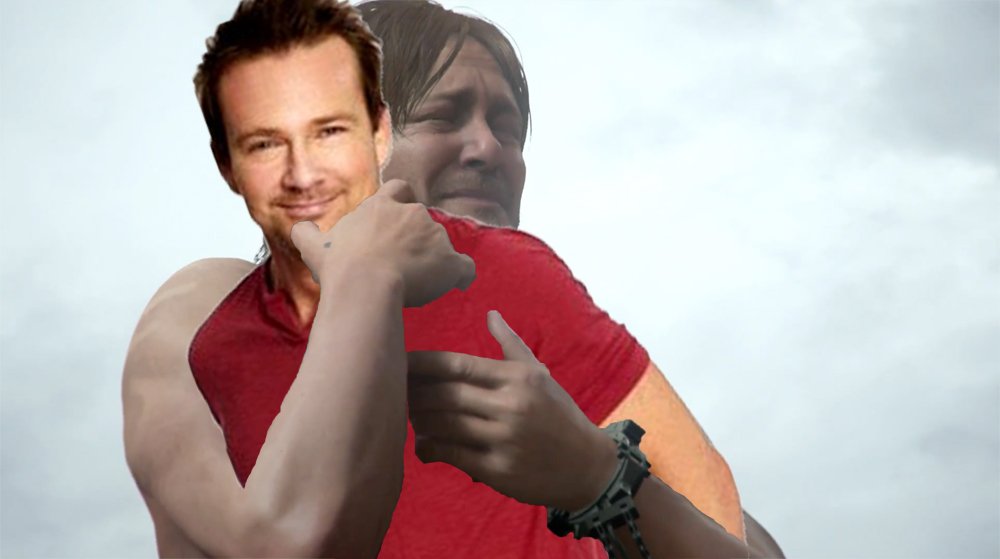 Norman Reedus crying with his copy of Paper Mario: The Thousand-Year Door, because Miyamoto ruined this franchise, right everyone? 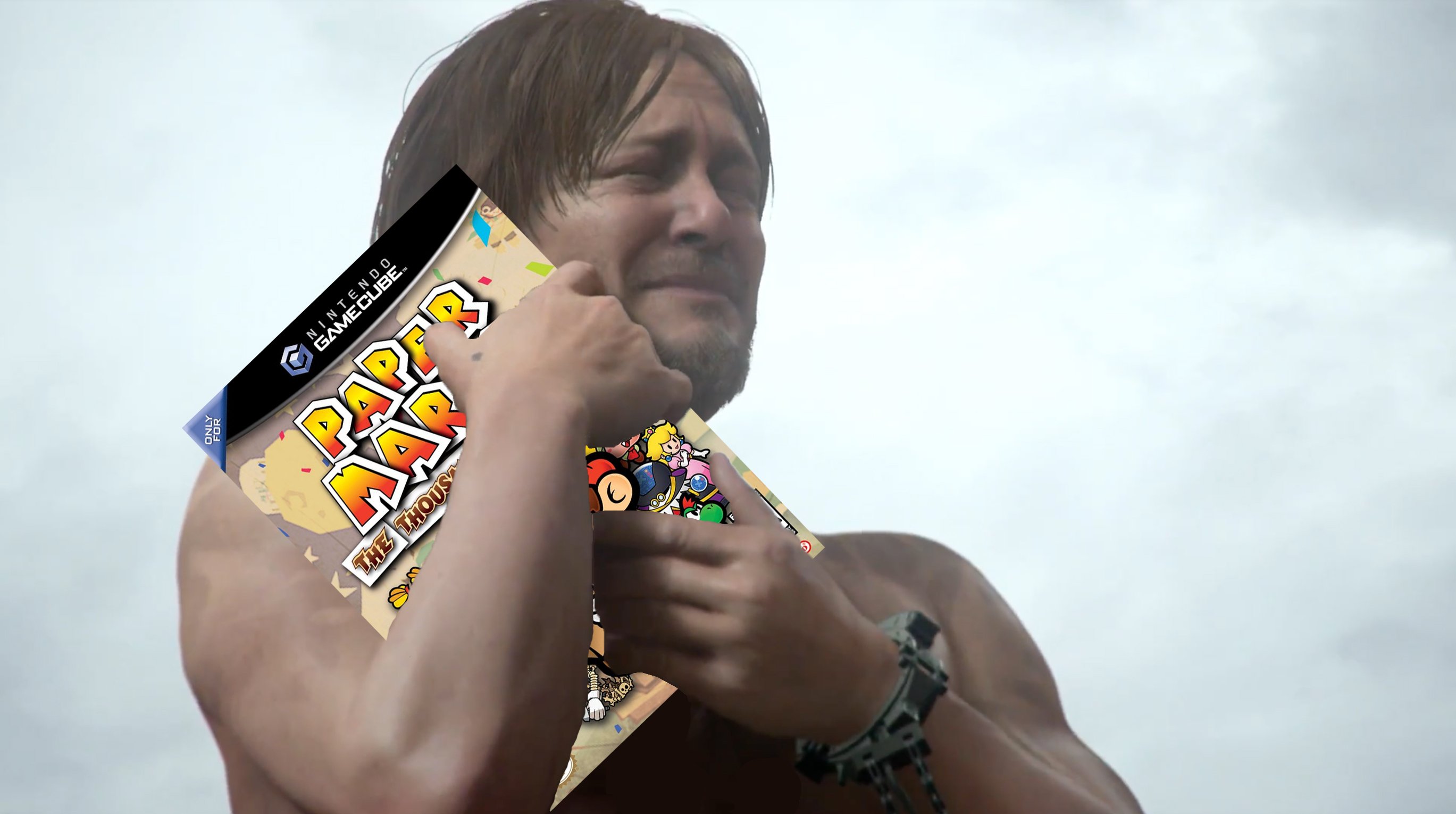 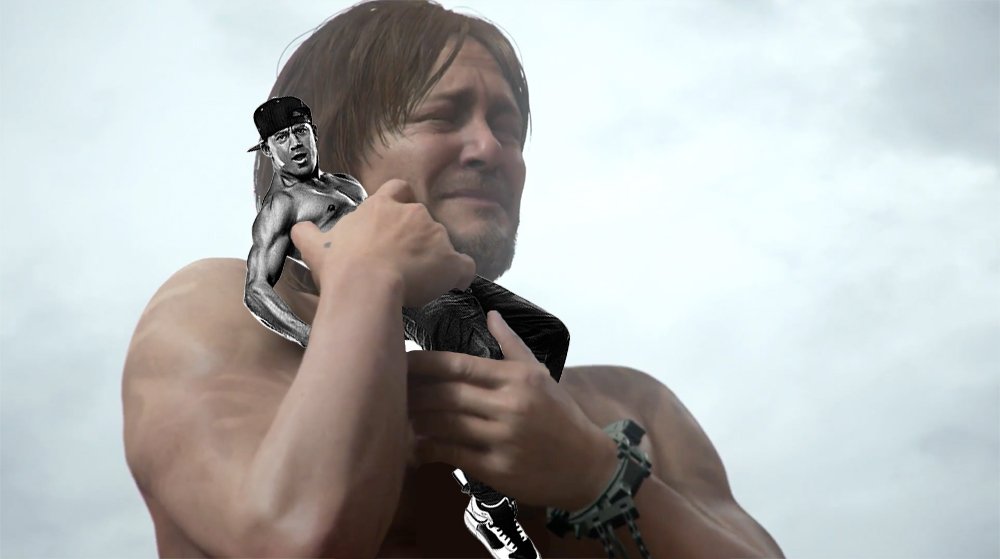 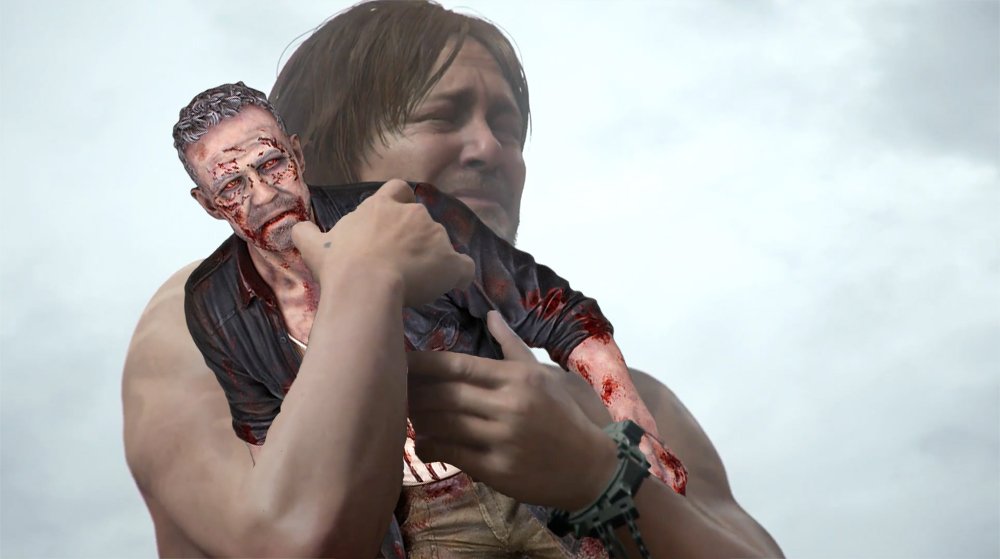 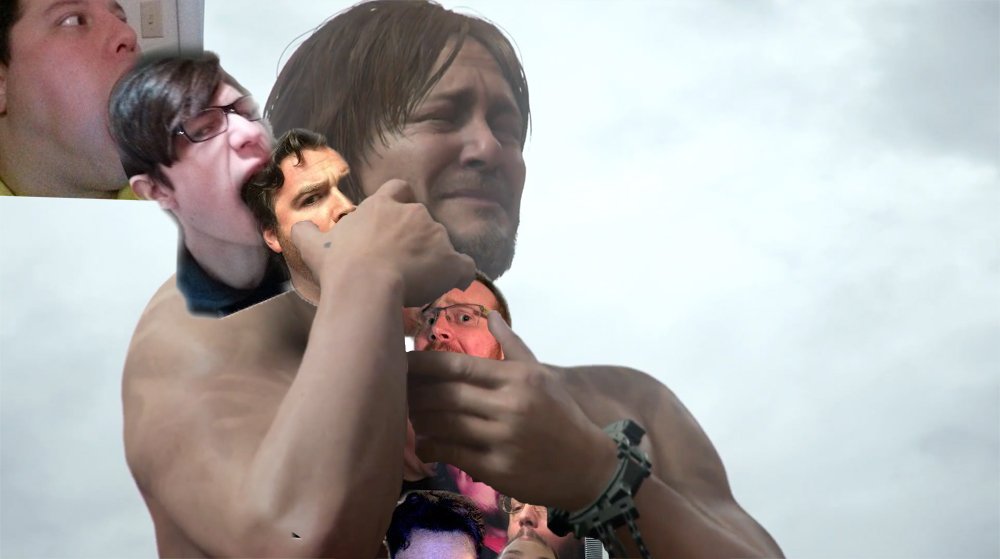