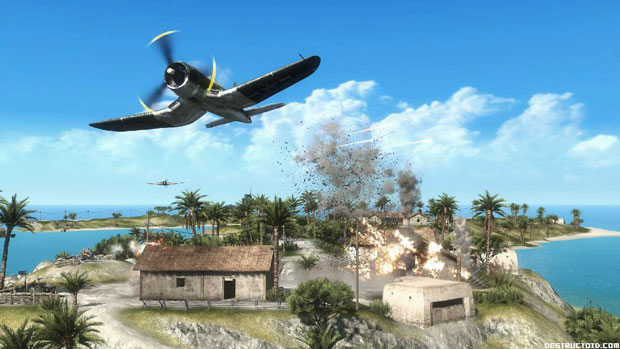 DICE has announced today that its upcoming digital download title, Battlefield 1943, will cost you $15 when it hits the various services that it hits this June. Those services include the PlayStation Store and Xbox LIVE Marketplace, where $15 in real money translates to 1200 MS Points.

Battlefield 1943 is a brand new multiplayer title, with maps inspired by the classic Battlefield 1942. The game ships with three locations — Wake Island, Guadalcanal, and Iwo Jima — with support for up to 24 players. The Frostbite engine will power the game, which from what we can tell, will not cause nerve or tissue damage. We hope.

Battlefield 1943 will also be available for the PC in September for $15, although we’re not exactly sure what the hold up with that version is.

[Update: New trailer! We have one after the jump!]