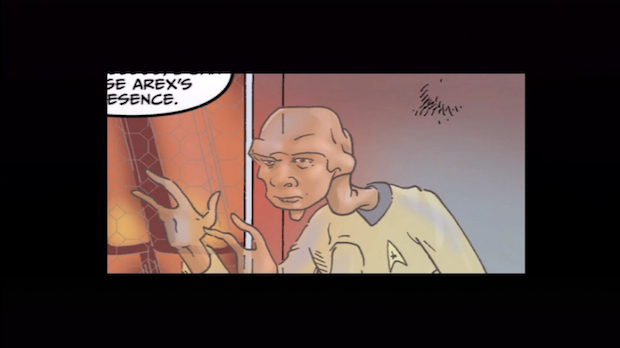 The last PSP firmware update added the option to download the Digital Comics reader app. One minor problem, though. There weren’t any digital comics to download at the second it was offered. I know this too well — I looked for a comic and ended up downloading some garbage visual comic for two bucks. Turns out that’s a totally different thing.

It’s a good thing SCE decided to give this thing away for free, because I’m pretty sure no one would download it at a cost. Regardless, the code is available over at the PS blog and just for fun, we’ve went ahead and did a small demo of how the Digital Comics reader works. Check it out in the header, and don’t forget tell us how you feel about the app.

I used the “AutoFlow” functionality for the first few panels. This thing makes me sick to watch as it zooms from panel to panel. Thankfully, you can control the comic at your leisure with the analog nub. This is illustrated in the latter portion of the look.