Is it ever a bad time to replay your Resident Evil favorites? Not really, no!

But those crucial last few weeks leading up to a new mainline game, especially one as collectively attention-grabbing as Resident Evil Village, can heighten that urge to revisit. I’ve been there — I’ve pregamed Resident Evil with more Resident Evil — and I know plenty of you have too.

It’s always fun to chat about our ongoing experiences with these games — how certain moments or details might stand out in one playthrough compared to prior runs, or how old stances can soften in light of current gaming trends and player sensibilities. Our takes are always gaining nuances.

So let’s do it. With Village just days away from launching, let’s recount our recent RE outings. 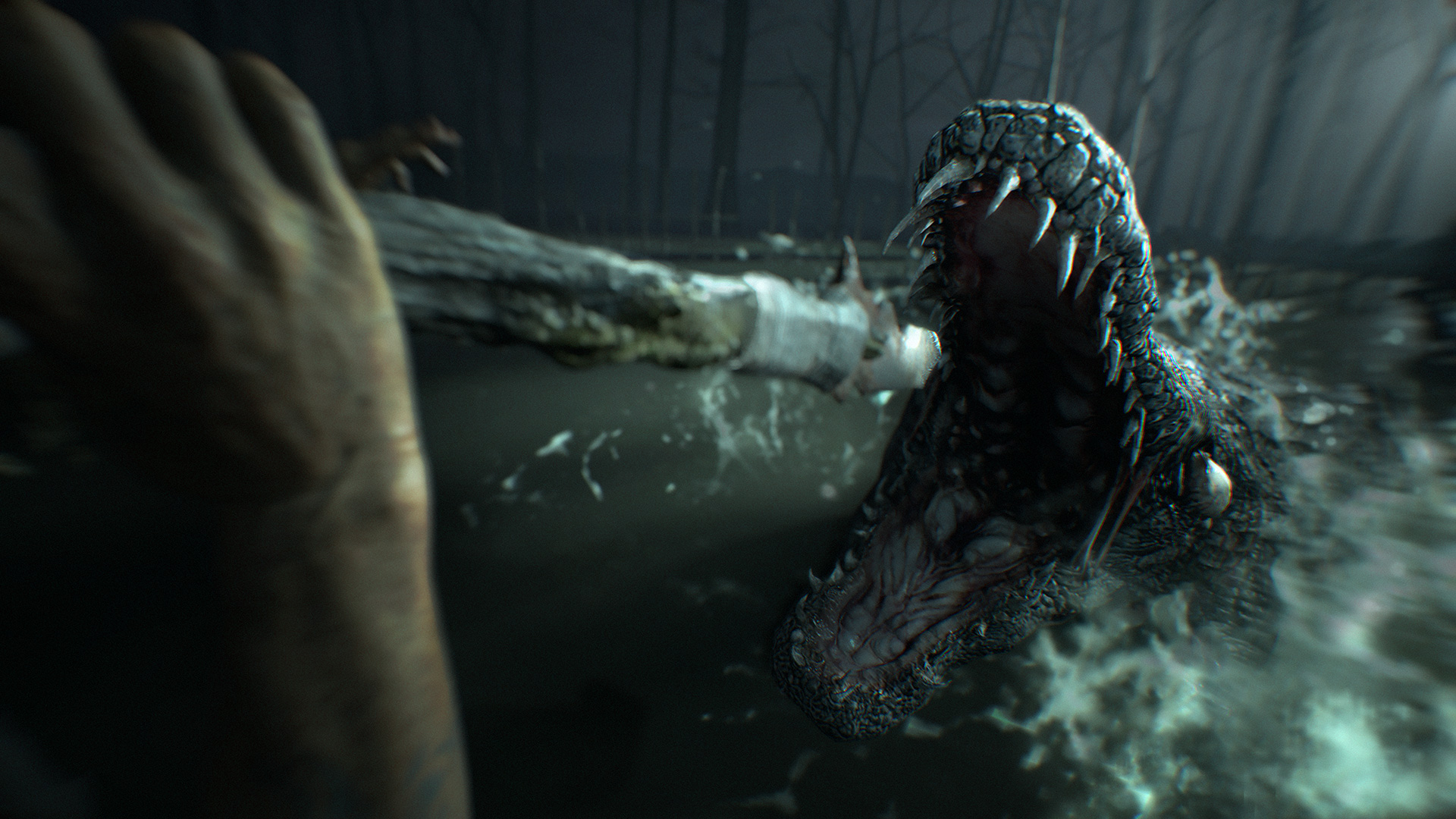 The End of Zoe DLC goes places. I love the cheese factor.

Ideally, I would’ve liked to squeeze in a full Resident Evil 7 run-through given its direct story ties to Village and the first-person gameplay overlap, but I just didn’t feel the call in 2021; the Platinum-chasing runs are still too fresh on my mind. That said, RE7 is probably going to be the go-to for a lot of people. If it’s Been a While, and your memory is hazy beyond the Baker estate, by all means, go for it.

Instead, I ended up messing with some of RE7‘s side-modes that I never fully finished. I gave Ethan Must Die another honest-to-god shot, I really did. I even took notes from a YouTube playthrough! It’s not meant to be. I do not enjoy this precise form of punishment. Other misery? Sure. Just not this.

I’d implore anyone who clicked with the main story to seek out any (or all!) of the DLC and silly extra activities — it’s not all “required playing,” but there are some outrageous moments, to be sure.

From beginning to end, Joe Baker is a treasure in End of Zoe. The food-finding Jack’s 55th Birthday mode takes a while to learn, but once you’ve got the format figured out and the routes mapped in your mind, it’s a unique thrill. I’ve even come around a bit on the Chris-led Not a Hero. What can I say? I love to hate Lucas. It’s been long enough that I could replay Bedroom without recalling the escape-the-room solutions, and I also realized I had never gotten the “true” ending in the prequel story, Daughters.

Even if I didn’t commit to a main-game run, it was wonderful inhabiting this space again. 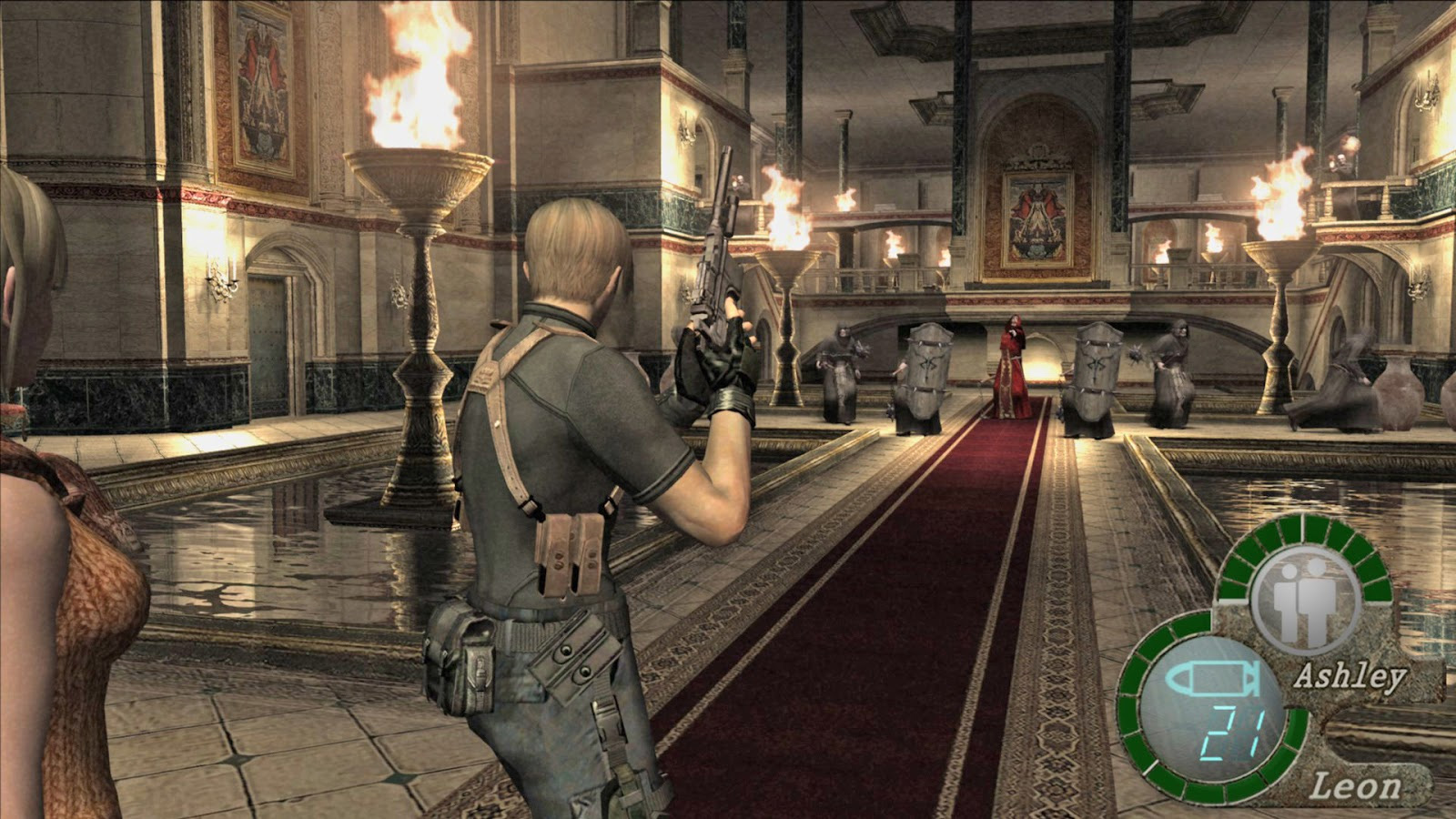 Of course, Village also has ties to Resident Evil 4 — the vibe is strong — and I had to “take a peek.” Anyone who’s gotten big into RE4 will admit there’s no such thing as just a glance. Not in this game.

My check-in started with an innocent attempt to face the arguably still best-in-class village survival sequence, and it only escalated from there, as every RE4 playthrough is liable to do. Next thing I know, I’m sniping dynamite scum off a bridge in the valley, I’m becoming dangerously invested in my weapon upgrades (did I need to shoot the blue medallions again?), and oh shit, I’m staring down shield-bearing cultists in that one sprawling castle encounter that wonderfully, excruciatingly won’t let up.

This playthrough led to another playthrough — hey, a guy’s gotta enjoy those hard-earned costume and gun unlockables — and it ultimately wrapped up with a full Professional run so I could finally get that one last trophy. I’m not sure how I owned RE4 on PS4 this whole time without it! Out of character.

My favorite part, beyond rediscovering Mercenaries and tapping into an obsessed community of score-chasers on YouTube with absurd high-IQ strats, was a simple pleasure: intentionally letting Ashley get captured in knight attire knowing full well she’d be safe and I could stab everyone once they stumbled.

The funniest/dumbest part? This whole escapade happened, at least in part, after I saw a Reddit clip of someone chucking an egg at an oncoming truck. That headline wasn’t just a headline after all. 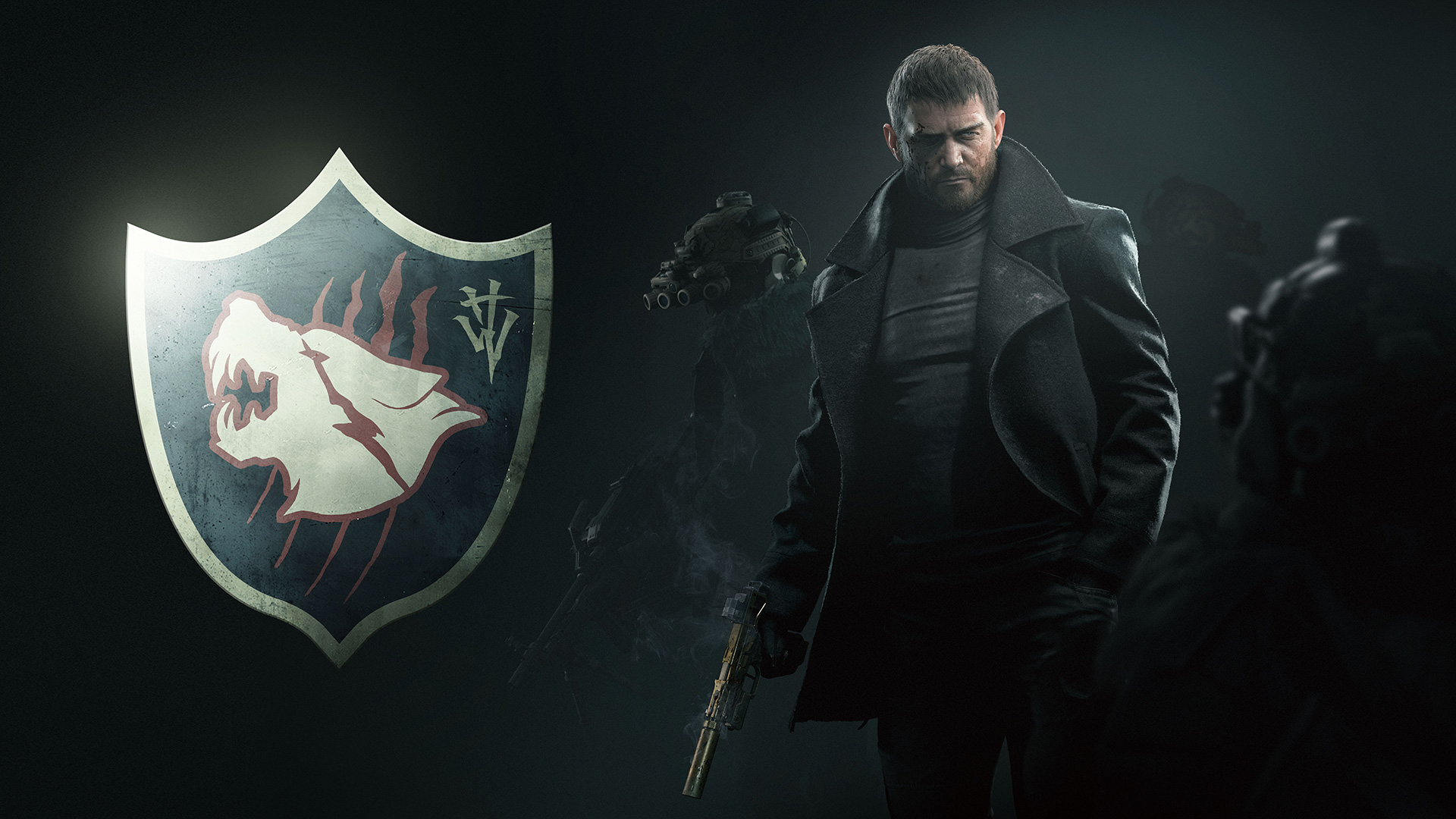 I’m excited to see what this squad is really up to — that emblem rules.

That’s my Resident Evil romp in the lead-up to Village, anyway. It would’ve been fun to revisit the original trilogy since I haven’t gone back to those games following the RE2 and RE3 remakes.

Whether or not you’re potentially getting Village soon — there’s no rush, and honestly, it’s never a bad time to dip your toes in this series as a total newcomer — let’s hear it. What have you been up to lately in RE land? Surely someone out there got into the arcadey Chronicles games after the PS3 store scare.