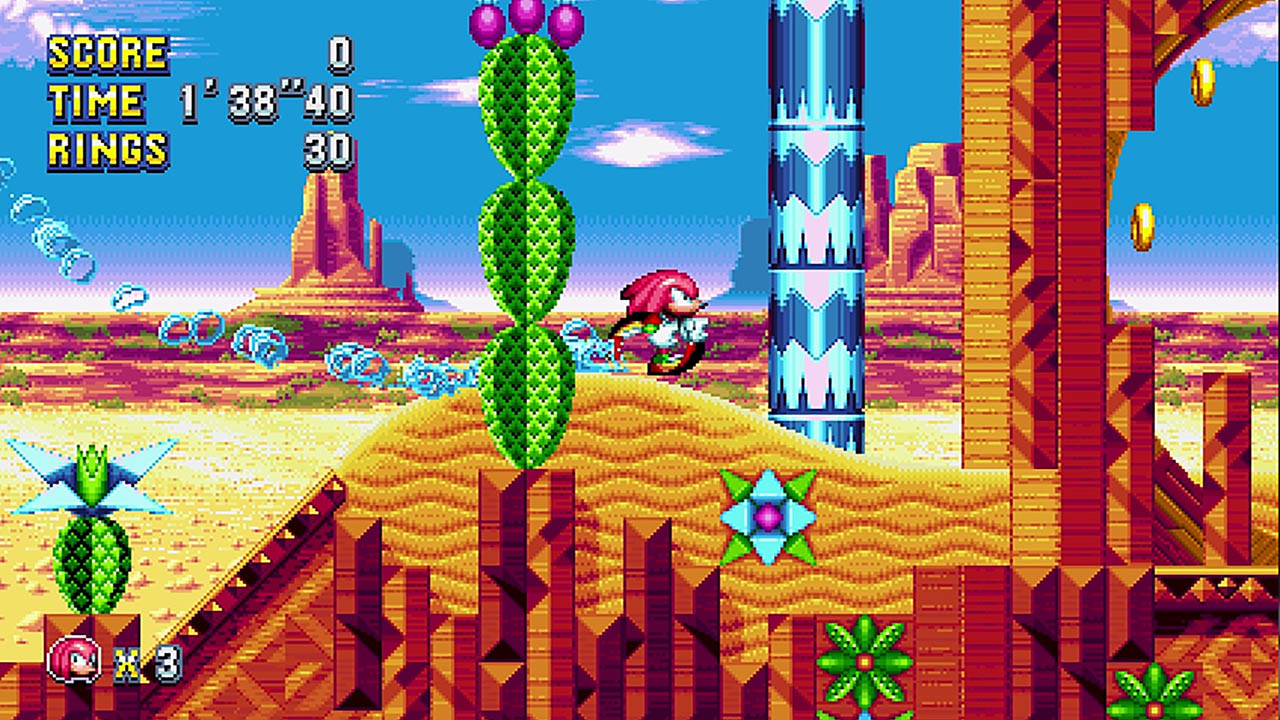 As fans have finally gotten a hold of the wildly anticipated Sonic Mania, they are discovering the game has a couple of secrets up its sleeves for those willing to take on the bonus stages. In particular, a mode based on a long–running joke for the franchise has finally happened. A mode so great, I don’t see why you would play anything else afterwards, unless you chuckle like Sonic.

That’s right, Knuckles & Knuckles is officially a thing as of Sonic Mania.

When unlocked, the mode does exactly as it says. Instead of having Tails as your computer partner, Knuckles will instead take their place. Any character can be used in this mode by the player, including Knuckles, because why would you use anyone except Knuckles? The mode is unlocked by completing enough of the bonus stages, in particular the ones with the blue spheres.

However, that’s not the only extra awarded for completing the bonus stages. You can unlock the Super Figure 8 Peel-Out from Sonic CD, as well as the Insta-Shield from Sonic 3. You will also earn further rewards as well. Debug mode and a Sound test mode are also unlockable, but the second biggest prize after &Knuckles is Mean Bean mode. Yes, Sonic Mania has Puyo Puyo action, and it can be played with two players. Finally, your reward for getting all the medals is blue sphere mode, which lets you play the bonus stages in the style of Mania or the original. Not a great final reward, in my opinion.

It’s important to note that you only need the silver medals to unlock these. You do not need the gold medals obtained from perfecting the stages. Let’s be honest here, however. Why would you keep trying to unlock stuff after obtaining the &Knuckles mode?