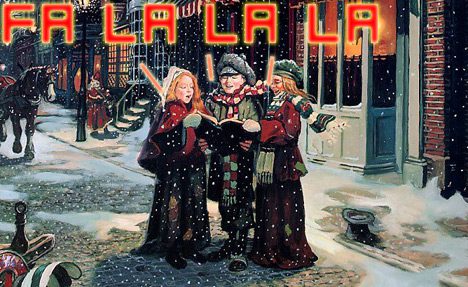 In case you’ve been stuck inside playing games for the last few weeks and haven’t had any human contact, you should probably know that it’s getting to be Christmas time again. Depending on your geographical location, the roads are icing up, snow is falling and bears are curled up in ice caves awaiting the spring thaw.

One of the long-time Christmas traditions in most Anglo-centric countries is the reading of Charles Dickens’ A Christmas Carol (though, more recently it has been replaced with a 24-hour marathon of the movie version of Dickens’ classic, starring George C. Scott, on TNT), and in the spirit of Christmas, Destructoid brings you an even more modernized version of this classic tale.

Machinima is defined by me as “movies made out of games that generally suck, but are beloved by Internet nerds across the globe”, and this machinima of A Christmas Carol is no exception. Some of the voice acting is hilarious (intentionally!) and it falls into the usual pitfalls of such things (inaccurate movement), but it gets the spirit of the story right via a new medium, and if you’re trying to impress a girl who wears thick-rimmed glasses, she’ll think this is the bee’s knees.