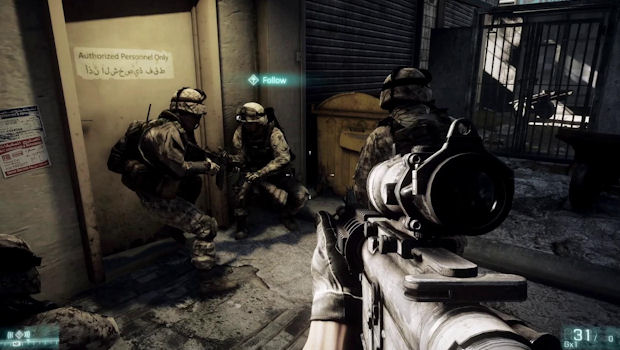 Battlefield 3 developer DICE has spoken out in favor of tightly scripted, more linear games, writing off the sandbox approach as mostly boring and unpopular.

“I don’t see it as an absolute goal for all games to be sandbox games,” said executive producer Patrick Bach. “We’ve been building sandbox games for quite some time and we’ve got pretty good at it, but I don’t see that as the only way of building games, because then we wouldn’t build campaigns at all.

“In some cases they aren’t, but in most cases sandbox games are hardcore, boring, hard to get into and they are not very popular.”

Battlefield 2 was a more open, sandbox-styled game, while Battlefield 3 will be a more structured affair.

I tend to disagree with the sentiment that sandbox style games are mostly boring, as if that’s a fault of the genre and not the developers. There are compelling and boring examples of both sandbox and linear games. That said, I’ve often expressed my belief that linear experiences are the best for crafting a story, and definitely deserve a prominent place in the industry.

As always, there’s plenty of room of both types of games.