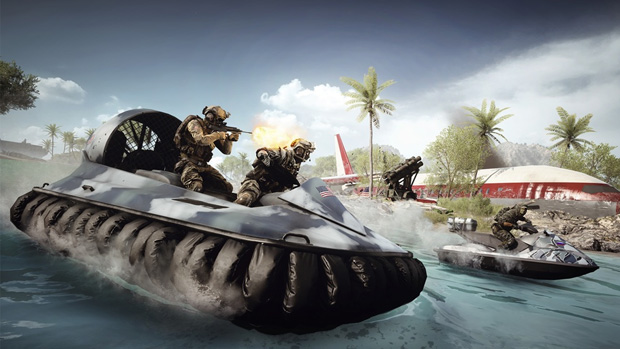 I don’t think I’ve been more disappointed in a recent release than Battlefield 4. After weeks of dealing with audio sync issues, obscene lag despite my solid connection, single player save wipes, server issues, and more on Xbox One and PS4, I really lost a lot of faith in DICE and EA as a whole (although EA has successfully launched Plants vs. Zombies: Garden Warfare and Titanfall in conjunction with Microsoft since then).

So it saddens me to hear that Battlefield 4 is still having issues even now, and the latest snafu is “rubber banding on ‘certain’ platforms.” DICE is deploying “more hardware” to fix this issue with better servers, so if you’ve been having trouble, expect fix soon.

Although with Battlefield 4, I imagine the patching process like an old timey cartoon, where someone tries to plug a hole in a boat and two more appear. It’s noble that they’re still attempting to fix their game that’s been broken since launch, but I hope Battlefield 5 is a lot smoother than this…