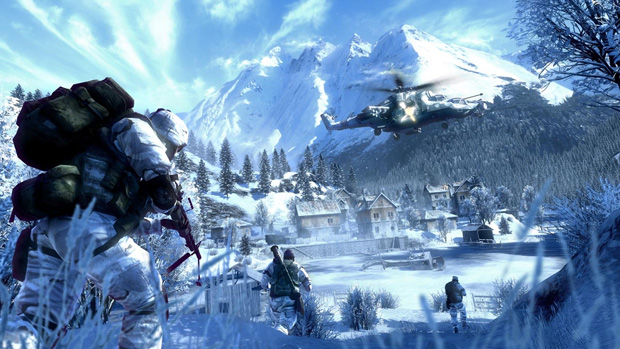 DICE knows there’s a demand for another Battlefield: Bad Company — but it doesn’t know why that demand exists, exactly. Maybe we can help break it down for the studio.

“Some people say they found the multiplayer controls faster and more direct,” studio boss Karl-Magnus Troedsson told Eurogamer. “Some people liked the single-player and the characters and the humor. People love different things about it. It’s starting to almost get to that place where, if we were to make a sequel to Bad Company, what would than even imply?”

From the sound of it, the studio has a decent idea of what made the series’ single-player campaigns memorable. “But some people say this: the Bad Company 2 multiplayer is the best you’ve ever done,” continued Troedsson. “Okay, why is that? It’s hard for people to articulate what that is, which is actually hard for us. It would be hard to remake something like that. Can we do it? Of course. We have our theories when it comes to the multiplayer.”

Another installment will come down to “if people really want it and if a team inside my group really wants to build it.” I hope so. For me, Bad Company 2 was an utter joy to play as a huge fan of Rush — the maps were catered to the mode. Remember Arica Harbor and Port Valdez? I’ll never forget them. I won’t forget Battlefield 3‘s Operation Metro, either, but for the opposite reason.

DICE ponders: what did people really like about Battlefield: Bad Company? [Eurogamer]