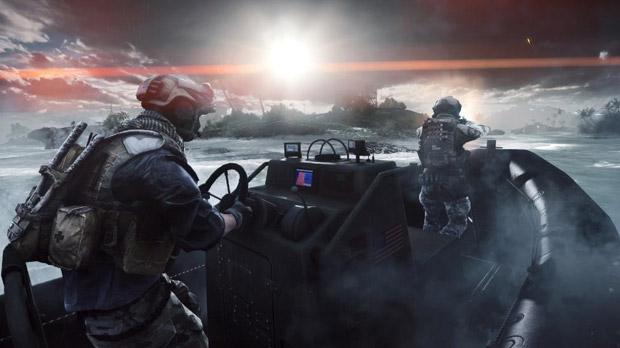 ‘Won’t be night and day’ between them and PC version

Battlefield 4 executive producer Patrick Bach has gone on the record with VideoGamer to state that the differences in visual fidelity between the PlayStation 4 / Xbox One and PC versions of the game “won’t be night and day,” but, unsurprisingly, DICE does “need to compromise in some places.” Cue a bunch of “duh!” comments.

“It’s the same core, it’s the same game, it’s the same feature set, there’s nothing left out, so to speak,” Bach said of Battlefield 4 on consoles. “But there’s also the 64 players, 60 [frames per second] experience that you haven’t really seen on a console previously which will move it up a big notch and eliminate some of the gap between PC and console.”

The new systems from Sony and Microsoft “will take console gaming into a new generation,” according to the producer. “Then the question is, could they have done more? Yes. Would it cost the same? No. It would be twice the price. Would that be a reasonable thing to sell to consumers? Probably not.”

There’s also the fact that, just because the game can look better on PC doesn’t mean most players will be able to benefit — not right away, anyway. At any rate, DICE and Battlefield will continue to be thought of as a PC-centric studio and franchise, respectively. So it goes.

Battlefield 4 on PS4 & Xbox One – ‘We need to compromise in some places,’ says DICE [VideoGamer]