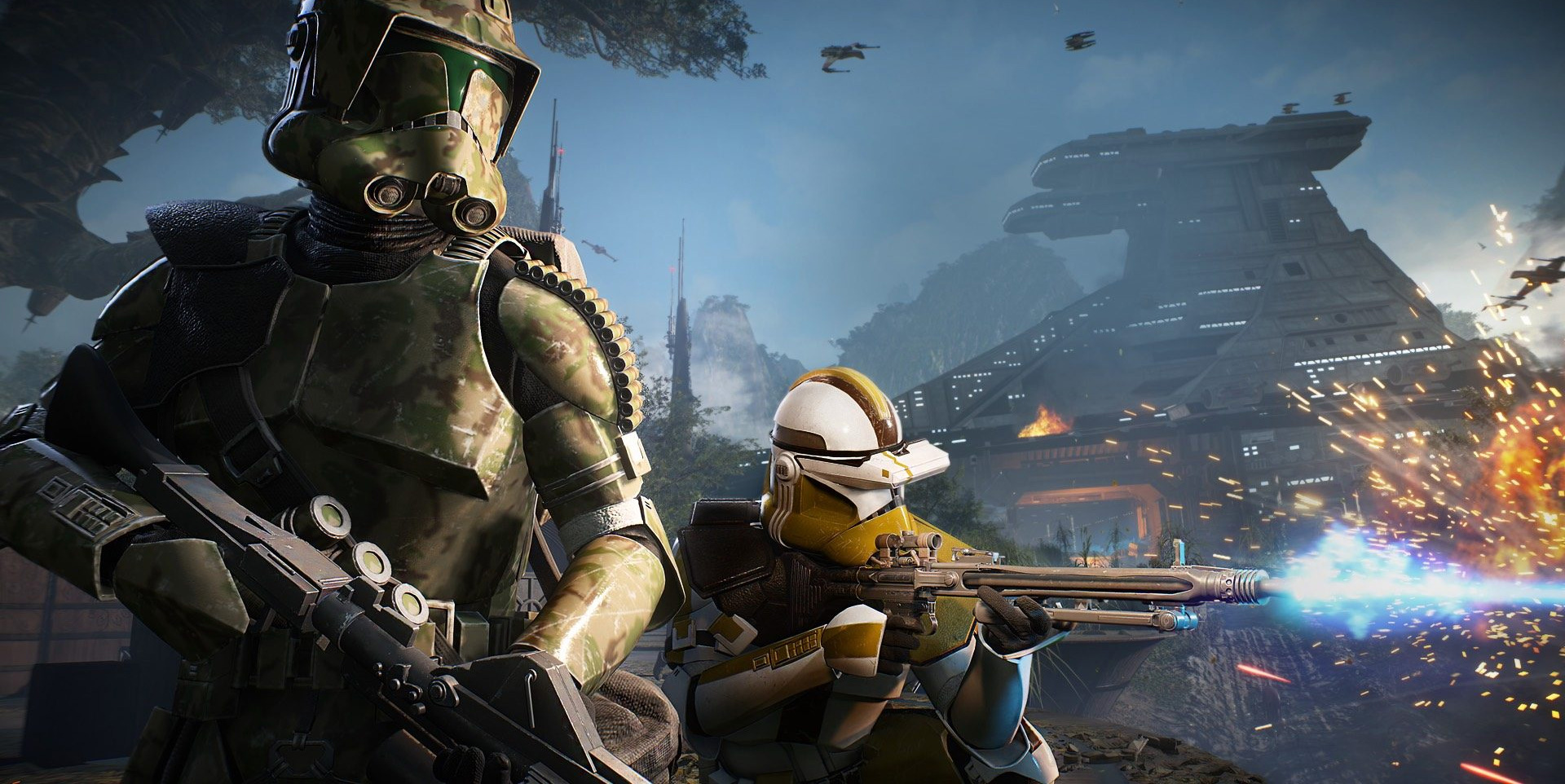 Grievous is up first in October

DICE has begun opening up about when, exactly, Star Wars Battlefront II will get some of its long-awaited updates. Grievous, Obi-Wan, Dooku, and Anakin are on the way — just not anytime soon. 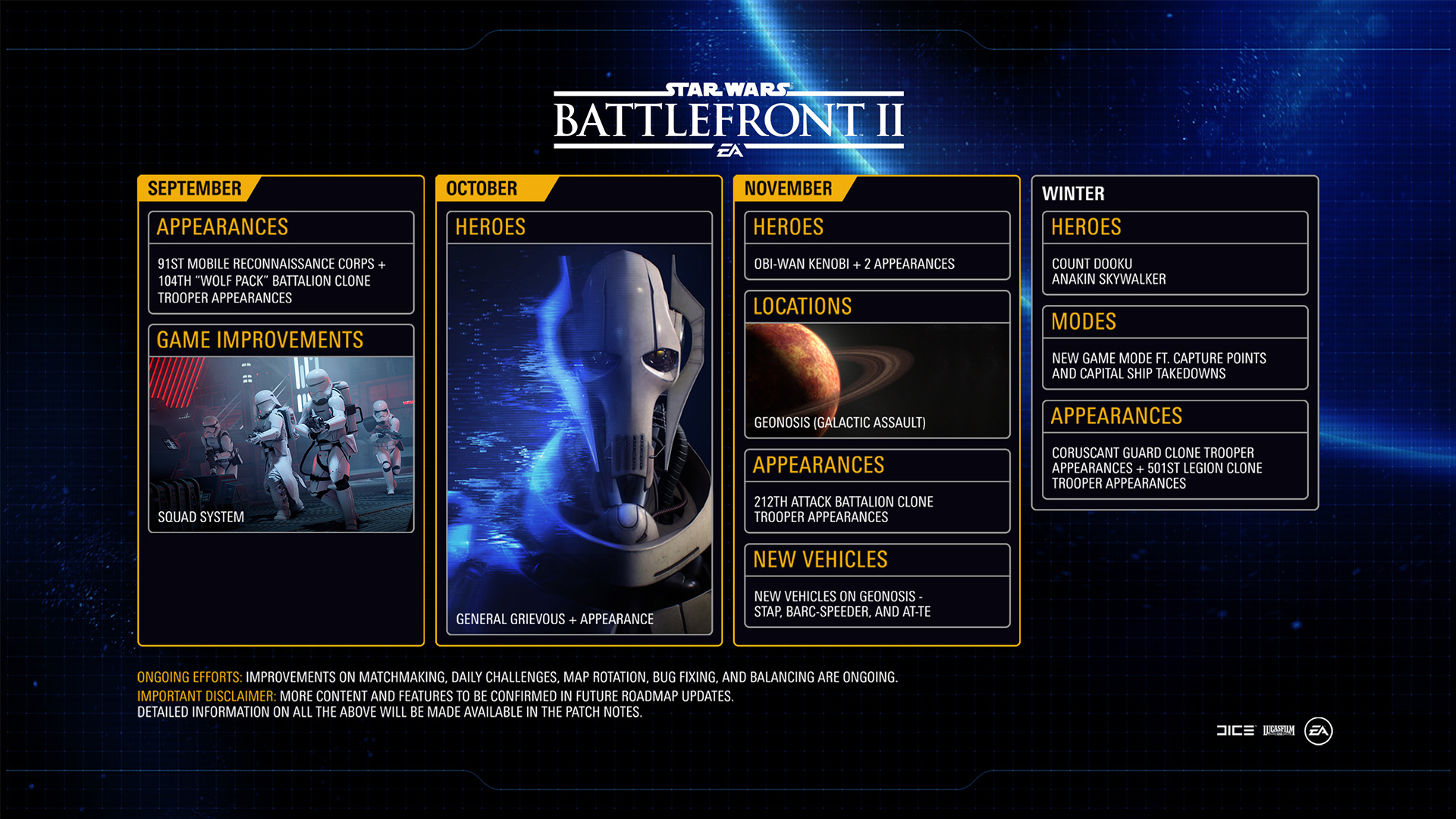 As of this most recent roadmap, September will bring an overhauled Squad System “to encourage team play.” At long last, players will be able to spawn on their squadmates. There’s also clone trooper skins styled after the 91st Mobile Reconnaissance Corps and 104th Wolfpack Battalion.

In October, Battlefront II will add General Grievous. That’s it for now.

November will see the arrival of Obi-Wan Kenobi and the Geonosis map for Galactic Assault (including vehicles like the AT-TE). Fans of the 212th Attack Battalion will also have new trooper skins.

Finally, this winter, the game will debut Count Dooku, Anakin Skywalker, and a new large-scale mode in which “two teams battle for capture points and to ultimately bring down capital ships.” Additional skins are coming in the form of the Coruscant Guard and the 501st Legion.

DICE has noted that more content and features will be confirmed in future roadmaps.

So there you have it. That’s Battlefront II for the rest of the year. The post-release support for this game has felt glacial, and I won’t be surprised if some of these further-out updates slip back.