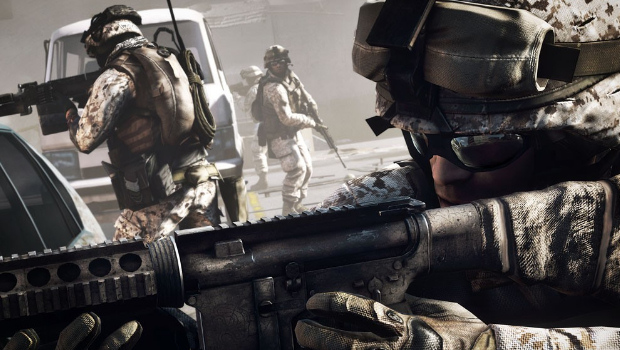 I think it was just Electronic Arts throwing the trash talk around at DICE’s expense, but it seems even the Battlefield 3 developer is getting in on the act. Producer Patrick Liu has welcomed comparisons to Activision’s money-maker, and claimed his game offers much, much more than the competition.

“It feels good,” said Liu, on the comparison to COD games. “They’re behemoths, and just the notion that we would be able to take a chunk from their gamers is awesome. They’re both military shooters, but in terms of flavor and style they’re different. But we offer so much more than they do, I think; but that’s me.

“I think we wanted to have a lot of variety, and different flavours within the game, so we could appeal to different kinds of gamers, and the co-op was one of those things that we identified as like, ‘We probably need this. A lot of people want to play together, and they don’t want to compete.’ So we offer that because of that.”

Battlefield hits the world on October 28, so there’s only a little time left. It’s obvious by now that it aims to bite directly into Modern Warfare 3‘s marketshare, but will it succeed? We’ll have to wait until November to see if that happens. Because for some reason, we all care what happens in a slapfight between two military shooters.