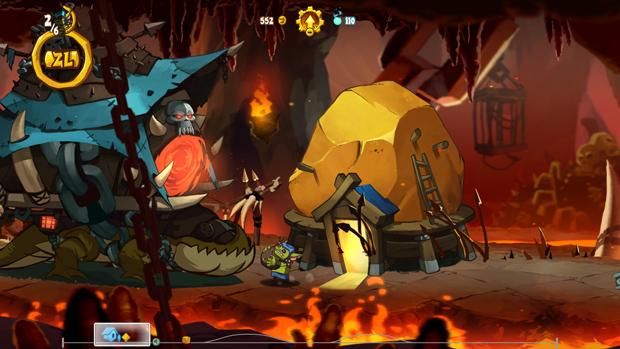 All out of hard drive space, though

I’ve got a soft spot for sidescrolling strategy games like Swords & Soldiers. Maybe you do too. While they typically aren’t as deep as their 3D contemporaries, they scratch a certain itch and can be hard to put down once you get in the groove of unleashing the right troops at the right time.

Coming off of the last game, the art direction in Swords & Soldiers II is major upgrade. Ronimo has sent over word that the Wii U-exclusive sequel will release digitally on May 21, 2015.

Besides the familiar Viking faction, you’ll also be able to play in skirmishes as the Persian Empire (complete with Djinns!) and the Demon Horde. There’s also a full campaign again, of course.