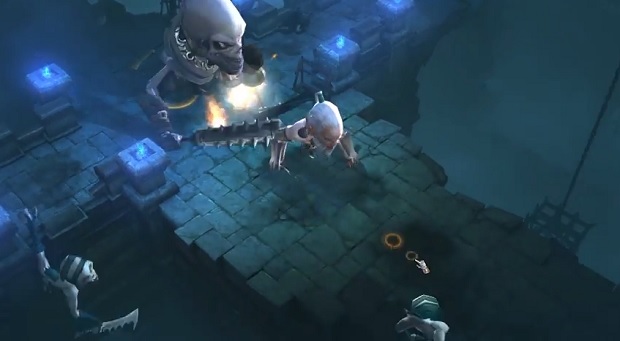 Season 3 in Diablo III is almost upon us, but before we delve into something that serious, let’s pull back a bit and use the adorable as a palate cleanser. (Who would’ve ever thought that “adorable” would be an adjective used to describe Diablo III?)

Approximately a day ahead of April Fools’, a Big Head Mode was released on the game’s public test realms. As Blizzard put it, “Seasons is only for the hardcore players, and we want to appeal to a more diverse and casual audience.” Blizzard decided big heads is the way to go. Turns out that being chased by a pack of demons isn’t nearly as terrifying when they all look like giant bobbleheads who are ready to tip over at any time.

Anyone that wants a first-hand shot at this would be wise to do it sooner rather than later. Something tells me this won’t be around in just a few more days.