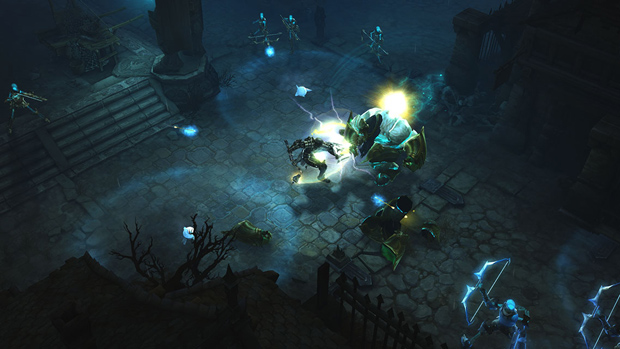 The Reaper of Souls expansion for Diablo III will be out for PC and Mac on March 25, 2014, Blizzard has announced. And we’re done here. Well, not quite — the game is available for pre-purchase as of today, and there are fresh details regarding the Digital Deluxe Edition.

The base expansion is $39.99, but that price jumps to $59.99 for the Deluxe. The latter includes a Spectral Hound minion, transmogrified helms and weapons, three extra character slots, a Treasure Goblin pet in World of Warcraft, and special Battle.net portraits for StarCraft II.

Chris will have a preview of Reaper of Souls before too long. After liking Diablo III a fair amount at first and then unceremoniously cutting the game from my life, I’m completely on the fence about this expansion. The reworked loot system does sound intriguing, that said.