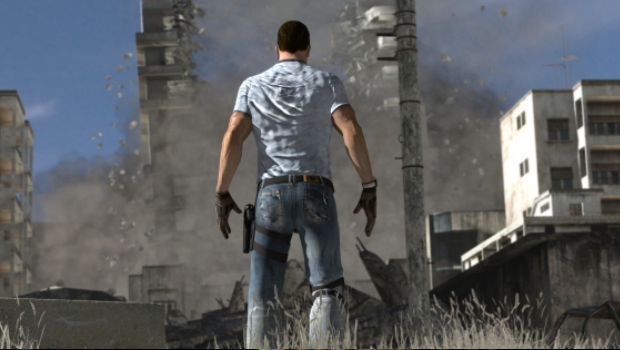 Serious Sam 3: BFE is apparently doing quite well on Steam, with publisher Devolver Digital boasting on Twitter that “people will pay for awesome.” According to the Devolver CFO Fork Parker, SS3 “combats piracy by being a fun, frantic game and offers wild ass 16-player campaign co-op.”

Sensing an opportunity, I contacted Mr. Parker to get some extended thoughts on the piracy issue.

“Piracy is a problem and there is no denying that but the success of games like Skyrim and our own Serious Sam 3 on PC illustrates that there is clearly a market willing to pay for PC games,” he said. “It’s on the developers and publishers to put something out on the market that’s worth paying for in the first place. Those that place the blame on the consumer need to rethink the quality of their products and the frequency in which they shovel out derivative titles each year.

“The other side of the equation is the distribution model. In games, we have amazing PC digital download services like Steam, Get Games and Direct2Drive doing the same thing for games that iTunes did for music. Offer the consumer a variety of great digital content at a reasonable price and the majority will happily pay for the games that suit their tastes.”

While Ubisoft developers cry about 95% piracy rates, games like Skyrim and Serious Sam 3 are raking in the dubloons from PC gamers. While being good doesn’t guarantee that your game won’t get stolen, being crap or treating all customers as criminals certainly doesn’t help.

And if you’re still not convinced about Serious Sam, even after our review, Fork Parker has something to change your mind.