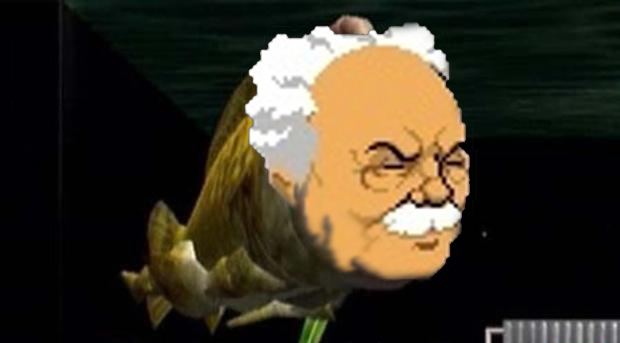 We at Destructoid have been clamoring for a new Seaman title for years now. From denied iPhone spin-offs to teased holiday appearances, Nintendo trademarks, newspaper reports, and appearances on the Dtoid Show, Seaman is never far from our minds.

The problem is, being pregnant with thought doesn’t always lead to the birth of a talking fish-man. Destructoid has aided in the development of a game here and there, but we don’t have the gumption to pump out a Seaman of our own. If we did, we’d probably be on Seaman: Part 8 by now.

Fork Parker over at Devolver Digital is another story. He’s a powerful force in the videogame development world. Though his Twitter-based request to take on the Seaman license may not have yielded immediate results, we can hope that things will come together for Devolver Seaman Evolution in 2015. Maybe reaching out to Yoot Saito directly would. help. The Yoot/Fork 2015 ticket would look great on a bumper sticker.