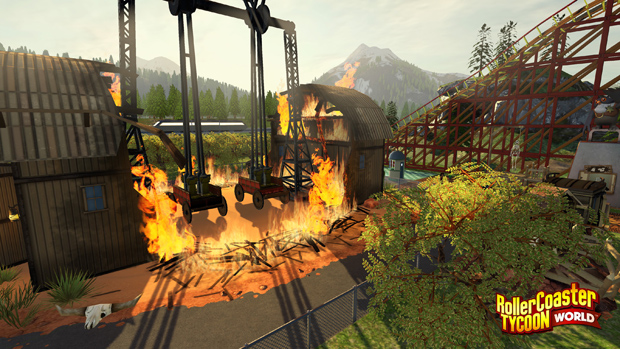 Plus details on the freeform track editor

Area 52 is promising footage of RollerCoaster Tycoon World soon, presumably on or around the Game Developers Conference early next month. I look forward to seeing that, skeptical as I still am about the game. Until then, here’s a bunch of words describing its coasters. Highlights:

There’s a short Q&A on the blog, too. Someone asked the question I was most concerned about, which is, “Will there be coaster destruction of the possibility for ‘mishaps?'” You bet.

“Be careful not to build something too crazy or your peeps might have a rough time staying in their seats as the coaster goes around that bend,” responded Area 52. Hehehe.

It’d be swell if RCT World and Frontier’s roller coaster game turn out okay. It’s been too long.