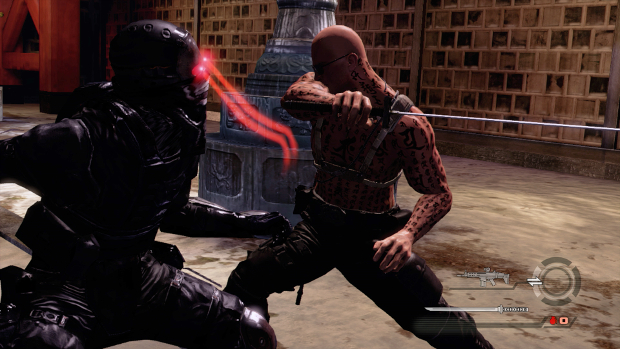 I don’t think a lot of people were poised to hear any news on Devil’s Third this E3, much less a Wii U exclusive announcement. But here we are, and speaking to Game Informer, Valhalla Game Studio’s Yoshifuru Okamoto had a few things to say about the process, noting “When we became independent as Valhalla Game Studio, I feel like we were able to pull together a lot of people who really loved games.

“We were very fortunate in that regard,” Okamoto continued. “But after THQ collapsed, we found ourselves needing a partner. We talked to lots of different people, but the ones who understood what we were challenging ourselves to do, who most supported our vision was Nintendo. Really it was about the people involved working together well.”

Nintendo didn’t ask them to tone down the violence as well, with Okamoto stating, “As far as boundaries go, there was nothing they told us we couldn’t do. I think that we had some interesting differences of opinion, but they were all very much grounded in a mutual respect.”

There is one really odd quote though, when Okamoto says, “I’d love to use something like [special Nintendo themed costumes], but the game is so violent I’m not sure they’d let us.”

So they were lax on boundaries, and Bayonetta 2 — another violent game — got to use Nintendo costumes?