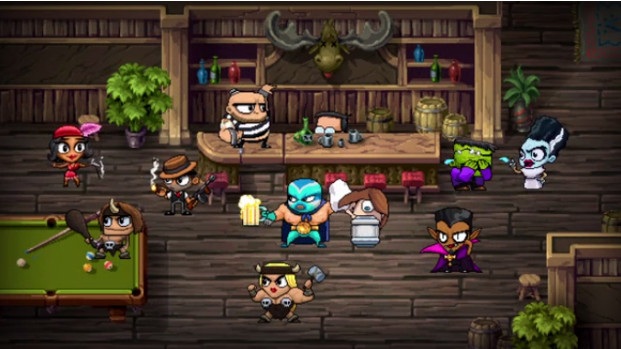 Ace play on words in the title

One of my favorite mechanics that is prevalent in tabletop games but not so much in videogames is having hidden roles. Battlestar Galactica‘s concealed Cylons and Werewolf‘s bloodthirsty lycanthropes induce real paranoia because they could be anybody. Devil’s Bluff wants to take that mechanic and bring it online.

Set in a spooky house (located on a cliff that is presumably called Devil’s Bluff) on Halloween, the players split up into two teams in order to complete a randomized scavenger hunt. However, one player is actually the devil in costume, and is there to systematically eliminate everybody else (an act that is presumably known as the Devil’s Bluff). “How can we cover more ground than the other team? I know, let’s split up!” Fools.

Devil’s Bluff is about halfway through its Kickstarter campaign, but it currently has only had about 16% of its base goal pledged toward it. This one is looking like an uphill battle to hit $66,600, but since it sounds like a cool idea I am still hopeful it sees some success.