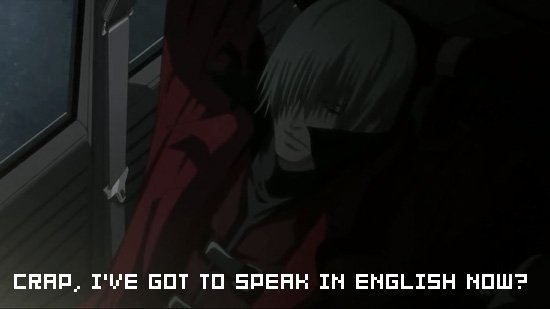 Japanator’s intrepid reporter, Zac Bentz, brings us word that the Devil May Cry anime has been licensed by ADV Films. This is a surprising announcement, considering the fact that it’s only two episodes into the series, and there have been lackluster reviews about the show. None the less, it looks like we’re going to be subjected to it, along with the marketing blitz from ADV and Capcom.

According to the people at ADV, they’re hoping to get the same voice actors for the show as have appeared in the video games, which I’m glad for, and it’s more effort than I would have expected from them. After watching the first episode, what did some of you think? Now that this has been announced, do you think it’ll be easy money for ADV and Capcom?

Since it’s ADV that licensed it, I’ll be the one reviewing it for Japanator. Of course, don’t expect it anytime soon — licensing announcements usually come at least half a year before the first DVD is released. I’d expect it to come out in May or June — or when Devil May Cry 4 comes out.