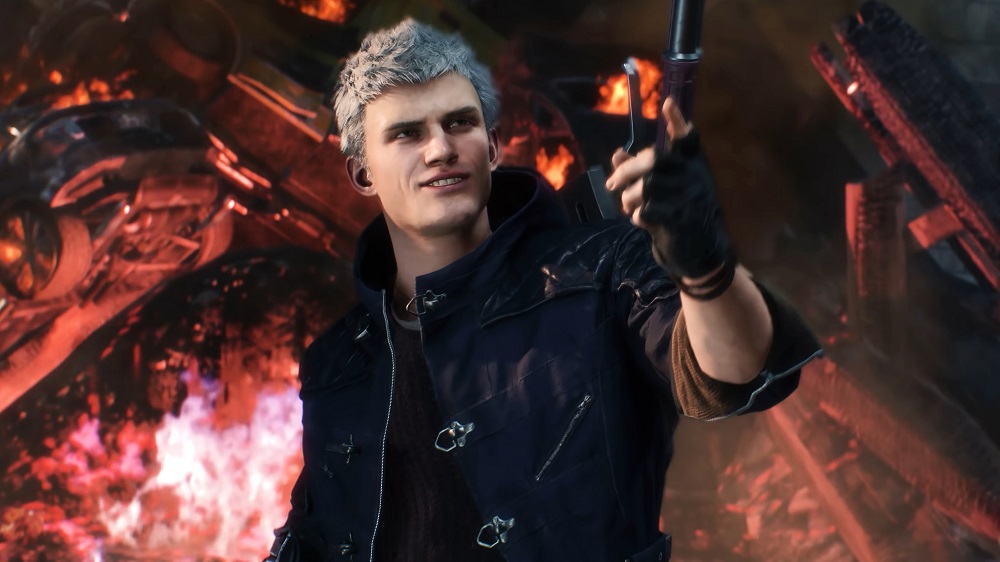 This week, Capcom pulled out twin guns, straddled its giant motorcycle, set fire to its own clothes, hit the throttle, and rode that fucker into the sun, as batshit hack ‘n’ slash adventure Devil May Cry 5 released to amazing critical and fan acclaim. Of no surprise to anybody, this reception has translated to sales, allowing the sequel to debut at number one in the UK Charts.

Devil May Cry 5 ended the two-week reign of controversial EA release Anthem, which now sits at number four. Both Rockstar’s Red Dead Redemption 2 and Nintendo’s never-say-die racer Super Mario Kart 8 Deluxe also made yet another play for the top, climbing to numbers two and three respectively. After debuting at number 21, Koei Tecmo’s Dead or Alive 6 has left the Top 40 entirely.

Elsewhere in the charts, perennial entry Grand Theft Auto V has once again pushed its way back into the Top 10, while a price drop on Blizzard’s brilliant dungeon-crawler Diablo III: Eternal Collection pushed it back into the Top 40 at number 29. Capcom’s remake of Resident Evil 2 sits comfortably at number 12, while Square Enix’ Kingdom Hearts III pushes back into the upper tier at number 20.