Why can’t the GamePad just be a controller

We already knew that Crystal Dynamics had some issues with bringing the latest Tomb Raider reboot over to the Wii U, but they recently made light of the lack of a Wii U version again, amidst a petition created by gamers unhappy with the move.

To put the rumors to rest, Crystal Dynamics Creative Director Noah Hughes had this to say about a potential Wii U version of the game:

All three [consoles] are really trying to deliver roughly the same experience but delivered best on each platform, and I think something like the Wii U often asks you to do something unique based on a unique interface. That’s something as a gamer I love but it’s something you don’t want to do half-heartedly as a developer.

The question is: do you really have to do something unique with it to consider your effort more than “half-hearted?”

Or can it just be a regular ol’ port with the GamePad as a controller, like any other port ever?

I think you know the answer to that. 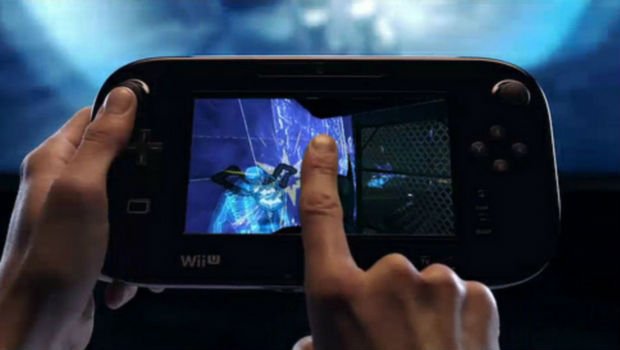 Attention game designers: the Wii U is not strictly a tablet. There are buttons on the touch-pad enabled controller, because it is in fact, a controller. You don’t have the same restrictions as an entirely touch-centric platform, because Nintendo gave you the option to utilize either control type, or both.

But it’s not just Crystal Dynamics that seems to have this tunnel vision based design philosophy  — other developers are also at fault. Gearbox recently came out and said Borderlands 2 wouldn’t be a good fit because the Wii U version wouldn’t be “OMG enough.” As our own Jim Sterling perfect summed up in the same article, “there’s no shame in a Wii U game just being, y’know, a normal videogame.”

You want to know one smaller developer that answered the call, despite these claims from the big boys? Double Fine. Despite having zero experience with Wii U development, they brought their action-platformer The Cave to the Wii U eShop, with completely minimalistic GamePad support.

In fact, the only thing you can do with the GamePad in The Cave is control the game (with the available buttons, just like the Xbox 360, PS3, and PC versions), and tap a character portrait on the screen to switch to them (which you can do with the d-pad anyways). That’s it. Done and dusted, here’s a Wii U port. That’s all they did, and it’s still the same great game.

Now, I would be the first person to say full support for remote play in The Cave would have made the Wii U edition the best possible version of the game. But is my illusion of grandeur better than not having the game at all because Double Fine threw their hands up and “couldn’t figure it out?” Of course not.

On the flip-side, developers like Rocksteady sometimes add too many options to the GamePad’s functionality simply for the sake of adding it, often to the detriment of the game. In fact, the PlayStation Vita is extremely susceptible to this design pratfall as well.

You, um, really don’t need to do that. The 360 and PS3 versions of Arkham City played just fine. The Wii U GamePad is perfectly capable of controlling the game just through the standard practice of button mapping. There’s no need to cram every single menu ever on the GamePad for the sake of doing it.

If a game is ported from the Xbox 360 to the PS3, or vice versa, at an absolute maximum there would be some sort of Kinect or Move functionality added in as an optional control scheme. Then when the game is ported, you can just choose to not use it and play the game in the exact same manner as the other console.

Could you imagine how maddening it would be to hear that a developer couldn’t figure out how to shoehorn Kinect into an in-demand port, and thus gave up on bringing it to the Xbox 360 entirely? Then blamed the entire ordeal on the Kinect?

Does that make much sense to you? Then why does the exact same thing happen to the Wii U?

Now, I’m smart enough to know that blaming the GamePad may just be an excuse for some other cost-related reason. If developers don’t want to develop for the Wii U because they think there isn’t a market yet for it, just say so. If it’s because historically they haven’t had a great time working with Nintendo on past projects, that’s a fair concern as well, and should be addressed.

But developers, please stop blaming everything on the Wii U GamePad. Not every game needs to use it in some elaborate manner that will take months of dedicated development time. If more developers keep thinking like this, we’ll end up losing all multiplatform support while they figure out what they’re supposed to do with it.

Here’s what you do with it if you can’t figure it out — just map the controls, because it’s a controller. You’re welcome.